YG Entertainment have announced the latest U.S dates and locations for Big Bang’s “Made” World Tour this year.

The schedule from big Bang when they arrive in the U.S will be:
October 2 – Mandalay Bay Events Centre in Las Vegas
October 3 – Staples Center in Los Angeles
October 4 – Honda Center in Anaheim
October 10-11 – Prudential Center in New Jersey

Tickets have not gone on sale yet but you can get them here when they go online.

Big Bang have already started their tour in Seoul on April 25 and 26.

In July, they’ll be performing in Bangkok, Singapore, Kuala Lumpur, and Manila, before wrapping up the Southeast Asian leg of their tour in Jakarta on August 1. 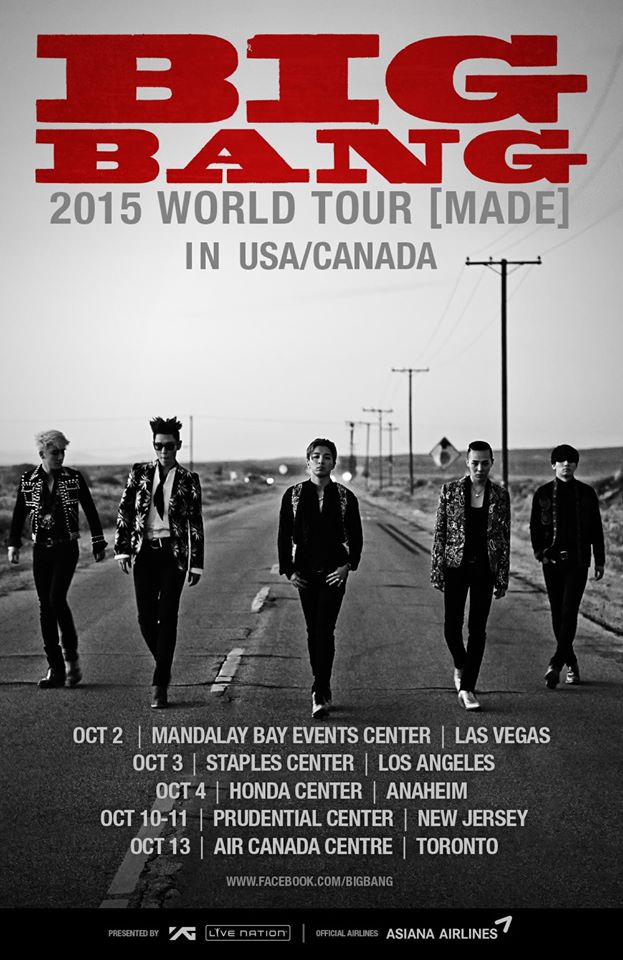