BIG BANG have confirmed four new countries for their “MADE” world tour.

The boys will start Las Vegas at the Mandalay Bay Events Center on October 2, then Staples Center in Los Angeles on October 3, the Honda Center in Anaheim, California on October 4, the Arena Cuidad de Mexico (Mexico City Arena) in Mexico City on October 7, and at the Prudential Center in Newark, wrapping up in New Jersey on October 10 and 11.

BIG BANG will then head to Toronto, Canada on October 13 to perform at the Air Canada Centre before flying off to Australia where they will be performing at the Sydney Olympic Park’s Allphones Arena on October 17 and 18. The Australian leg of the tour will end in Melbourne on October 21 at the Rod Laver Arena.

The “MADE” world tour has already covered a lot of Asia including China, Indonesia, Singapore, Malaysia, Thailand, Philippines, and more.

Find out where to get tickets here 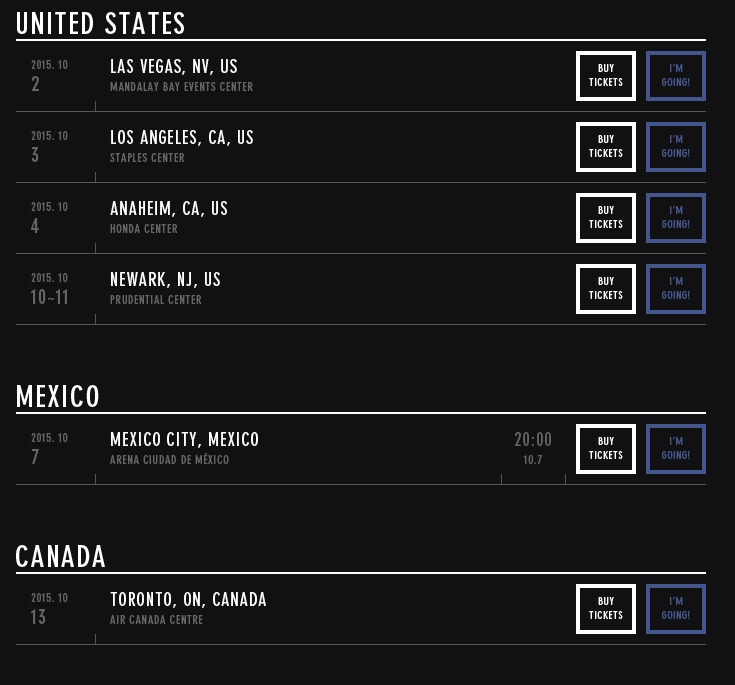