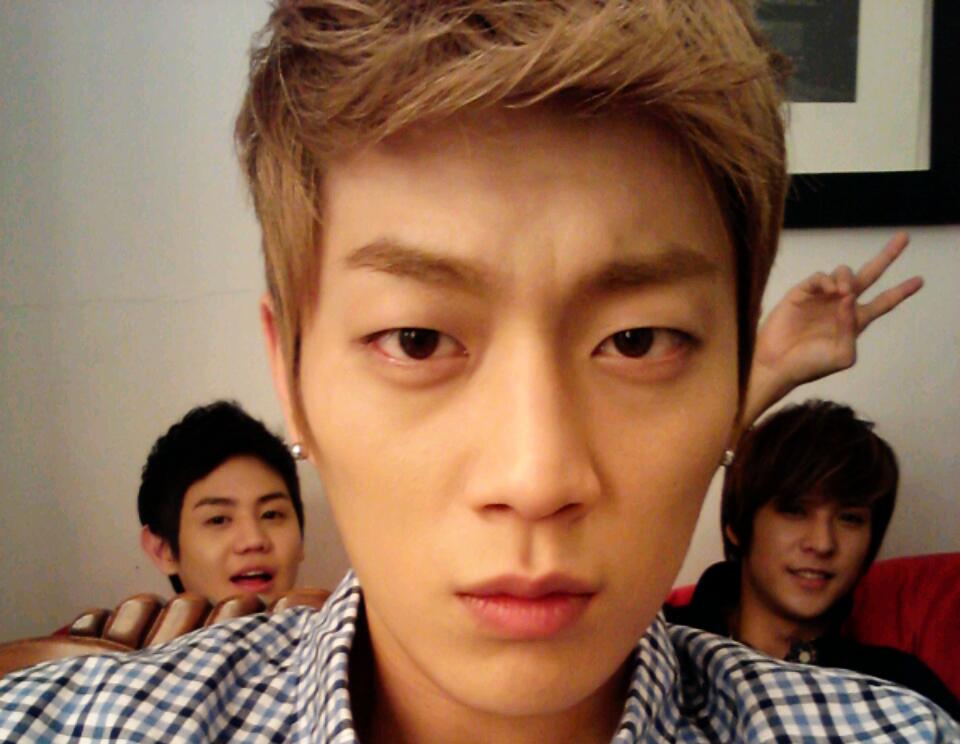 How is everyone these days???
We are well.
Just got back to the hotel, washed up and came directly to the official cafe. It’s been a long time…. ㅜㅜ
Without B2ST, the cafe is still going on well… Wow/well… Hing
Eu ahhhhhhhhhhh
Now we’re left with just one round of Japanese concert.

During the time we’ve done five consecutive concerts.. Really had a lot of thoughts. And there were a lot of things happening..
I’m losing my throat, which had raged/charged through two days of concerts in Seoul and (yet) I was still fine.
My knee which seemed to be fine is starting to hurt again… ㅠㅠㅠ

Was fussing about how tiring it was together with Dongwoon backstage, during the talk time of Yoseob and Junhyung’s Thanks To stage..
The manager told us the story of Mr. King Chobab (t/n: Japanese anime/manga called Shota’s Sushi)
To the chef, it’s a 100 sushis, but for the guest, it’s just one sushi.. ㅠㅠ
So Dongwoon and I, who loved to read Shota’s Sushi, pulled ourselves together again… ㅋㅋ

There are many who come to support us personally every time we put up a concert/performance to the extent we remember their faces.
These people will understand, “ah, they are not in good condition today..”

But for those that only manage to see us just once in person that’s all that they see of Beast!
And we thought once again. Did we really try our best out of the countless stages that we’ve performed on… Is there any stage that we’ve carelessly performed on… So (I guess) we are human.. This cannot be.. We will reflect….

And we will promise this.. More so than the stages that we have stood upon thus far, Beast will be standing more stages in future.. We will always do our best!!!

The times we have now… It is the most colorful/wonderful time in my life.. And also one that will pass the soonest..

In future.. Even when I become a grandfather.. I will remember these times distinctly.. And proudly show off to my kids and grandchildren.. When I think of that, I think that I should work harder..It’s the third year since our debut.. After Beast comes Apink and the birth of BtoB..
As we watch music programs, there are more and more rookie singers/groups as compared to the seniors.

It really passes really fast… Somehow I’ve reached the age of 24.. The body that I was running along with during high school days.. Is starting to become unwell… ㅜㅜㅜㅜ

However.. As I age every year.. Each day seems to become more precious.. Being able to sing in front of so many people.. The fact that there are those who are envious of my position and dream and work so hard.. Being able to live such a special life just once.. I’m really thankful and blessed/happy…

These days, in the chat room that is only for Beast in kakaotalk, we are always saying that we should be thankful..
Really thank you.. It’s something you know.. But the words we want to convey are all clearly written in the song that Junhyung made called Thanks To… Heehee

Sorry for causing all these dizziness at such wee hours of the night..
I feel this every time.. But I feel better by saying all these in the official cafe..

Barack Obama is a K-pop fan?