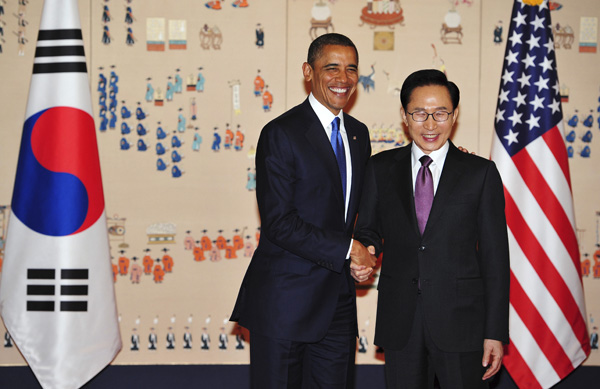 Ever wonder how widely the ‘Hallyu (Korean Wave)’ is spreading?

It has now been confirmed that even the President of United States, Barack Obama, could not ignore but notice the spread of Korean wave!

Obama is in Seoul, South Korea, for Nuclear Security Summit during this week. Earlier today, he mentioned about the surge and the spread of Korean Pop culture while he was giving speech at Hankuk University in Seoul. He also name-dropped hugely popular social networking sites of South Korea such as “Me2Day” and “Kakao Talk” and praised about young Koreans for being tech-savy and optimistic!
[ad#GA-468-tx-May] 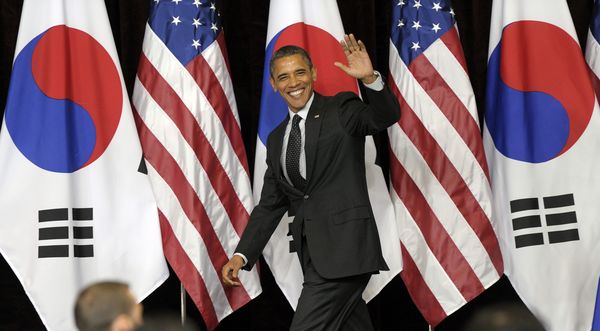 One of his praised speech about korean includes ” It’s no wonder so many people around the world have caught the Korean Wave — hallyu! ”

What do you think about Obama openly admitting about his admiration and praising for Hallyu wave? Who do you think will be the next person to be caught by Hallyu/Korean wave?
[ad#GA-468-img-May] Source: http://latimesblogs.latimes.com/world_now/2012/03/hallyu-back-obama-catches-the-korean-wave-.html