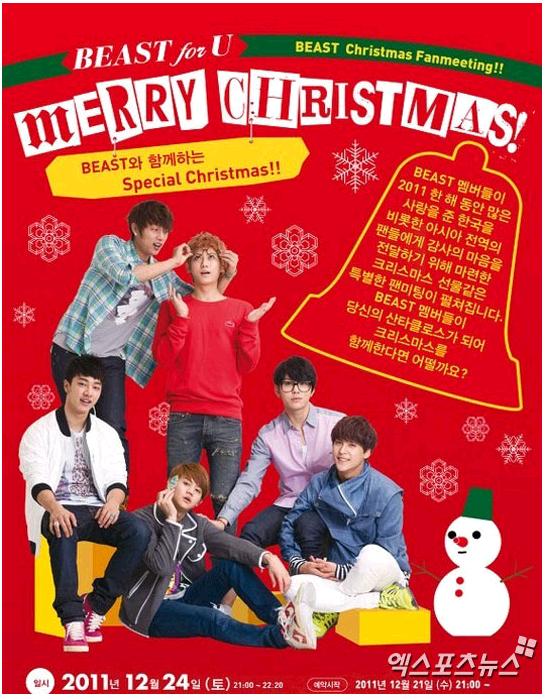 Christmas is going to be very special for B2ST fans in Asia as B2ST will be performing on a special live broadcast concert for Christmas.

On December 24 B2st will hold a special live concert for the Asian fans including Korean fans to thank them for their support through 2011.

The concert will be titled “BEAST for U”, will last for an hour and twenty minutes and will be broadcast live in four Asian countries; Korea, Japan, Taiwan, and Hong Kong.

B2ST will also use this concert to celebrate their 8th Anniversary since their debut.

B2ST’s Doo Joon says, “I’m so happy that I can meet fans from Asian countries including Korea on our third Christmas and 800th anniversary since our debut. I think it will be like holding a concert with everyone together in the same place. I hope this concert can be a great real-time Christmas gift for fans in Korea, Japan, Taiwan, and Hong Kong.”

SHINee's Taemin post's a picture of him recording for Koala Kid

AA(Double A) wish their fans a Merry Christmas