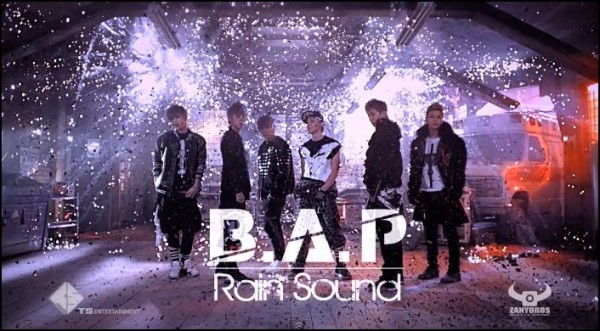 [ad#GA-tx-468-Ericka] The boys are back with their latest single, “Rain Sound!”

Since their debut, the boys have shown off their tough and powerful dance moves in “Warrior” and “Power” and “No Mercy” and aegyo and sweet vocals in “Crash” and “Stop It.” With “Rain Sound,” the boys showcase their superb acting skills as they express their heartache in their recent song.

In other news, B.A.P is scheduled to go on their first solo concert! From February 23 – 24, they will hold their “B.A.P Live on Earth Seoul” concert at Olympic Park. BABYs will be able to see B.A.P perform their previous hit singles along with “Rain Sound” and the other songs featured on their upcoming mini-album.

SPEED release "It's Over" MV