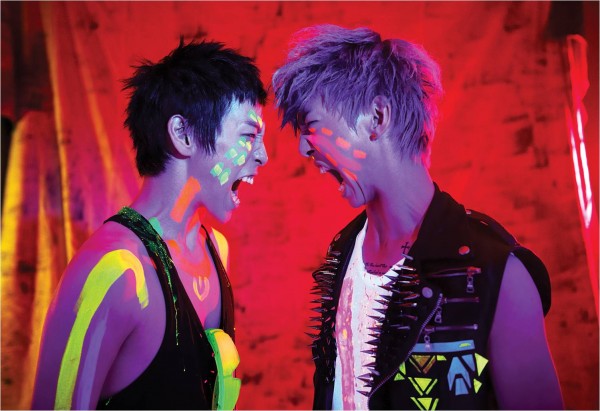 After TS Entertainment already stated dates for B.A.P’s come back, they have now released an image teaser of members Himchan and Bang Yong Guk.

The concept for the teaser fits the powerful rookie group very well. The two members seen to be screaming at each other covered in neon paint with a bright background and wearing manly outfits. But the question fans have most been anticipating has been answered, B.A.P are known as the group who has all blonde haired members but Himchan has ditched the blonde hair for a more natural looking black.

Officials stated, “There are exactly 10 days until the release of the album and their first broadcast. We are now officially beginning their comeback promotions. Slowly, we will be revealing the transformations of B.A.P.”