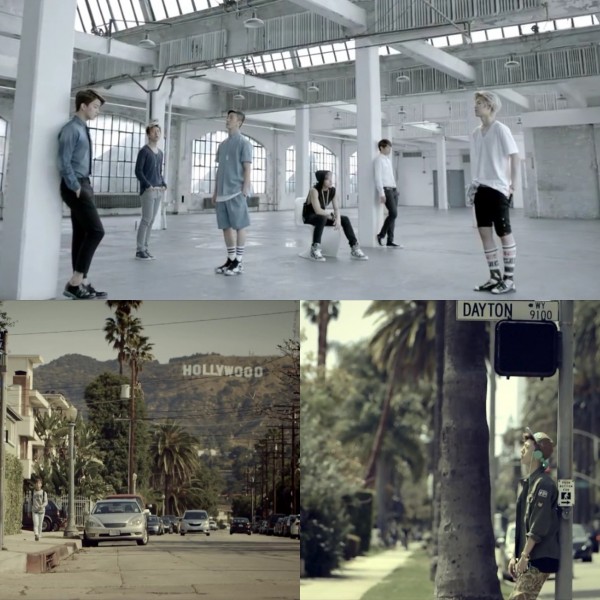 The perfect song for a lazy summer day!

On June 27th, B.A.P‘s official music video for “Coffee Shop” was released!  The boys shed their powerful hip-hop image as seen in “One Shot” for a mellow, casual image as seen in the music video.  The video features the boys as they stroll around iconic locations in the U.S. – Hollywood, Beverly Hills, Santa Monica Pier, San Francisco Bay, etc. To highlight the soothing vibe of the song, the video was filmed in a sepia tone to give a nostalgic vibe as the boys look back on all the locations they have visited while touring in the U.S.

“Coffee Shop” will be the title track for B.A.P‘s latest mini-album, also titled ‘Coffee Shop‘.  The album’s release date and their official comeback is set for  June 28th.

Soyu's Dance Partner in "Give It to Me" Preparing for Debut

4Minute Cools Off from the Summer Heat in "Is It Popping?" MV