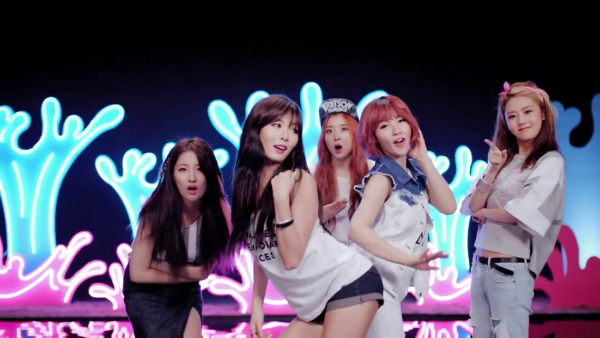 4Minute gets the party poppin’ in their latest MV!

On June 27th, 4Minute‘s official music video for “Is It Popping?“was released! “Is It Popping?” is a more subdued hip-hop version of the girls’ last hit single, “What’s Your Name?“. Both tracks were written and produced by well-known producer Brave Brothers, who has produced songs for numerous groups such as Sistar, U-Kiss, Jay Park, and more.

“Is It Popping?” (also known by the title, “The Water’s Fine“), shows off 4Minute‘s playful side through their cute choreography and acting. The music video features the girls as they try to escape the rising heat of summer. While partying in a jungle-themed club, the girls cool off by playing around in a pool of water and dancing the night away under the activated sprinklers.