Images of Apink’s Naeun at Gimpo Airport on the way to Japan for M Countdown’s Hello Japan features her with a cast on her left ankle. She is also seen walking with the aid from crutches. 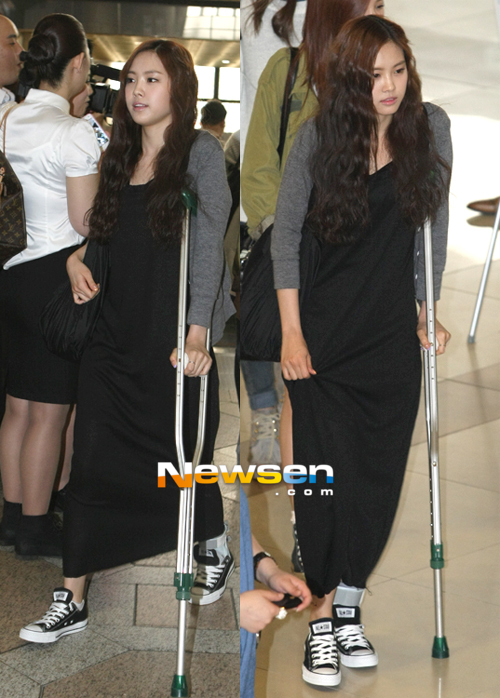 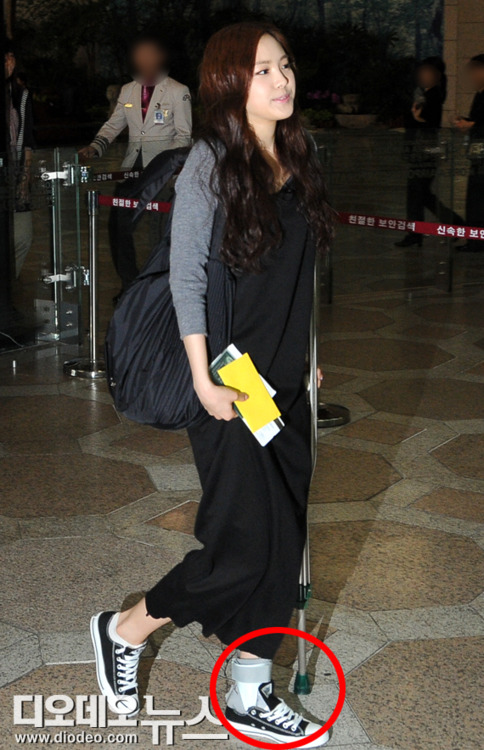 Meanwhile, M Countdown ‘Hello Japan?’ is to be held on 25th of April (Wed) at Super Arena, Saitama, Japan is the third tour of M Countdown to Japan. In celebration of the opening of Mnet in Japan in 2006, the first concert was held in Tokyo with BoA, Lee HyoRi, TVXQ, SHINHWA and others while for the second concert in Tokyo in 2007, Shin SeungHoon, Bigbang and other singers had a great time together. This coming concert is full of great expectations because Space Shower TV, the very first and the best music channel, has agreed to a joint production of the concert to make it the genuine music festival of Korea and Japan. For K-POP lovers in Japan, the concert will be a good opportunity to directly experience the essence of Mnet Global Music Festival which was favorably received for its fantastic stage in <2011 MAMA>.