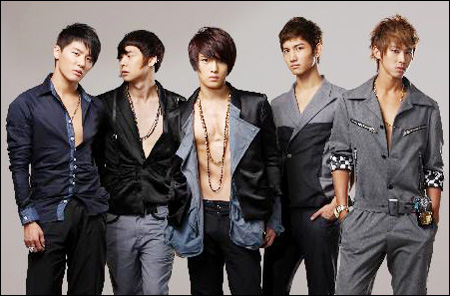 On January 22, an article titled, “Will they be a savior of Avex Entertainment? A reunion project of TVXQ is emerging.”, was published by Nikkan Cizo in Japan.

A quote from the sources reads, “Avex Entertainment is suffering since the news about Ayumi’s divorce was released. A reunion project of TVXQ is emerging.”

According to the same article, album sales of EXILE are lower than Avex expected.

“Considering JYJ’s Jae Joong having been the most iconic star, the reunion of TVXQ will be a savior to Avex Entertainment, which is going through hard times,” said the article.

“Ayumi originally is really close to JYJ to the extent of collaborating with Junsu’s twin brother, Junho in a song for her album. During last year’s Avex’s live event, A-Nation, the 2-members of Tohoshinki complained that ‘they do not want to stand on stage with Junho’, thus rendering the planned collaboration. Via Twitter, Avex received a lot of complaints. There are those rumors that Ayu is the middle person in coordinating for both parties to meet halfway for the sake of reunion.” (Weekly magazine reporter)

However to the dismay of many TVXQ fans, the article claims there the possibility of a reunion are quite unlikely. “Although there are thousands and millions fans who long for their reunion, the project has little possibility of coming true. Avex Entertainment is going through so difficult times that such unlikely project is being talked about,” said the article.
[ad#GA-468-text]

Siwon's Oxford St Visit. Where next?