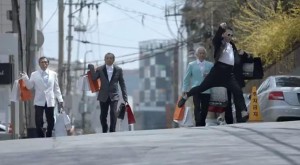 Two weeks after its release, Psy’s Gentleman rose to the no. 5 spot on Billboard. This is encouraging news for the K-pop star, considering the generally tepid reception of the Gang-nam Style follow-up by the international media. 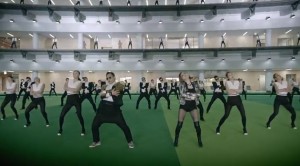 The most common criticism of Gentleman concerns its originality. The song has been called ‘musically formulaic’ and ‘too similar to Gang-nam style.’ Even the dance move was borrowed: it comes from Brown Eyed Girls’ Abracadabra, which was widely popular in Korea a few years ago. (Psy’s female partner in the Gentleman music video is Ga-in from Brown Eyed Girl.) 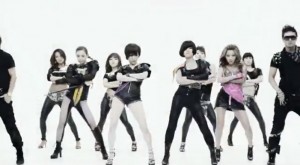 Further complaints are directed to the content of the video that many say is vulgar and even misogynistic. In a controversial article on Pressian, Jung Hui-joon, professor at Dong-ah University, criticized the video for sexually objectifying women and encouraging abuse. On the other hand, Lee Kwang-taek, professor of English Literature at Kyung-hee University, said to News 1 that the video is a satire of antisocial and macho behaviors. 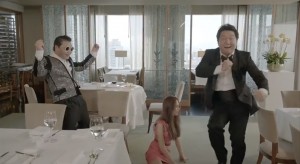 The main argument of Jung, however, is that the Korean people extend too much blind support for Psy and his (tasteless) video simply because they see him as an evangelist of Korean pop culture. He contends that Gentleman really is more of an American cultural product than it is Korean.

Jung has a point. Obviously, synthpop and music videos come from the Western tradition. Furthermore, Gentleman is a song that was carefully designed to appeal to American audience. Half of the lyric is in English, and there are visible efforts to keep the choruses easy for non-Koreans to sing along. The song even attempts some sort of a cross-linguistic pun, like the repetition of Korean suffix “-mareeya,” which sounds like English name “Maria.” 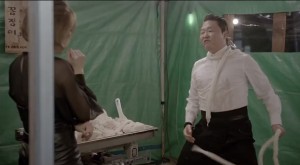 That said, this music video still appears to be a unique product of Korean society. One way to look at Gentleman is to see it as a rebel against dogma, vanity, and pretension that exist in every society but are particularly prevalent in a certain social strata in Korea. Most of the over-the-top pranks depicted in the video take place in fashionable locations or respected places such as a high-end gym, a luxury coffee shop (the kind of place where Korean women are known to enjoy a 6-dollar coffee after having 2-dollar lunch), a fancy restaurant, a fabulous poolside, and a library. In these places, where everyone is expected to be on their best behavior and to be a “gentleman,” Psy does the exact opposite. By contrast, the place where he finally falls in love with a girl that proves herself his equal is in a humble drinking tent. There, he wears a long stick of rice cake around his neck as if it were a Hermès and pours drink all over himself before dashing out to the street to flash some pole-dance around traffic-light posts. 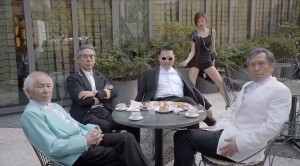 In the end, this video, in which the impulse to attack patriarchs is tightly controlled but women are found to be easy targets for abuse, feels utterly, remarkably, and undeniably Korean.