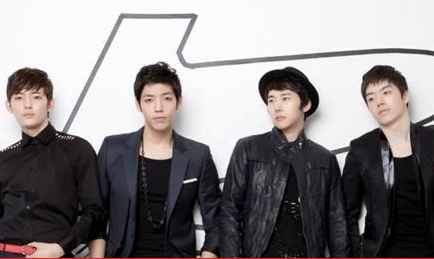 New Boy Band 7.9.4.2 have been cast in a Korean-Indonesian drama ‘Saranghae, I love you’ even before their musical debut!  It’s the first time an idol group will appear in a drama series even before their debut. 7.9.4.2 was hot in Indonesia even before they were cast in the series and thus will also participate in the OST of the series.

Sranaghae, I Love You is a fantasy story about selfish love and events that happen because of responsibility, social position, living condition, and dream. The four members Yoo Hang Hoon, Jo Hoon, Im Jong Hyun and Kim Eung Joo ( maknae Eung soo played the role of Danny in musicle Greence for a year thus showcasing his musicality and acting ability) will be staring as the equivalent of the F4 from the popular drama ‘Boys over flowers’.  It will be directed by Indonesia’s Indrayanto Kurniawan, and will star the popular Indonesian actresses Revalina S Temat and Rini Yulianti.

The drama is a collaboration project between Asia Top Entertainment, a Korean company in Indonesia, and the drama’s production firm Digital Network Art. The drama will consist of 30 episodes and will begin airing in July on Indonesia’s most popular TV channel at 9PM local time.