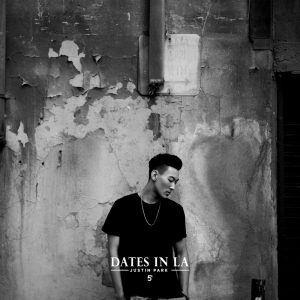 It is not with unfamiliar steps that R&B artist Justin Park is releasing his music. Like fellow R&B giant Dean, Justin Park has traveled the world writing records for many Asian artists, such as well-known K-Pop group B.A.P, and has worked with major entertainment companies all across Asia. And now it is time for him to forge his own brand of artistry with his debut single, “Dates in LA.” The self-written track is about a man in the midst of a budding relationship in LA while reminiscing about a past experience in Seoul.

Born and raised in Los Angeles, Justin Park has trained and worked with the world’s best including: vocal coaches Ann One (Drunken Tiger, Yoon Mirae) and Robert Stevenson (Usher, Justin Timberlake) as well as dance training from the The Kinjaz. Under the guidance of 5A Label’s founder MSTR RCKS, Justin aims to produce music that will captivate the US audience.

Last Friday, Justin shared the stage with “Show Me the Money 5” winner BeWhy at the annual KTOWN Night Market, and with the future success of “DILA,” he hopes to embark on a jam-packed campaign for his upcoming full album release. Keep your eyes and ears open for this homegrown artist!

G-Dragon Performing in Birmingham and London This Year