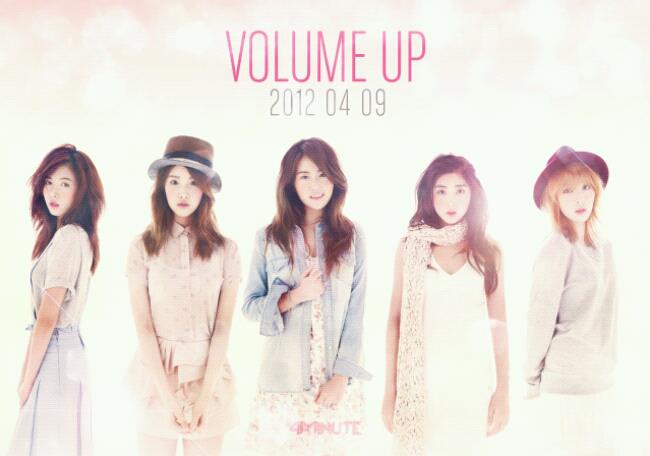 On April 3, 4minute released the first teaser image for their comeback single, “Volume Up.” The teaser was revealed through the group’s official teaser site for “Volume Up,” the title track of 4minute’s third mini album.

In the teaser, 4minute seems to have shed their sexy image, going for a softer and more innocent look. HyunA, in particular, donned a sweet and stylish look, which is in contrast to the fierce and sexy image she went for during her most recent “Troublemaker” promotions.

So far, not much information regarding 4minute’s new album has been revealed, aside from this teaser image. The upcoming mini album is to contain eight total tracks, including the title song, “Volume Up.” As indicated on the teaser, the album is schedueld for release on April 9. Stay tuned for more updates!

Daesung's Source of Strength During His Tough Time