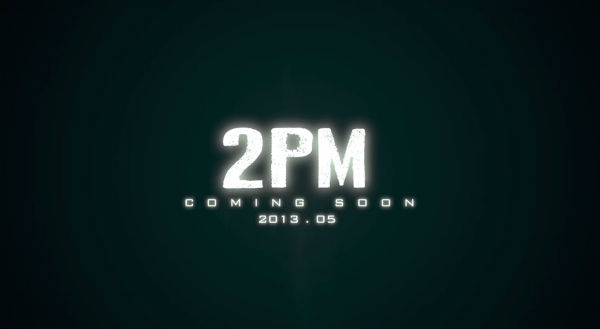 Focusing on Japanese activities, 2PM have not made a Korean comeback since ‘Hands Up’ in 2011. Fans have little to wait, however, as the group are making their return soon! A theatrical comeback trailer was released today, watch it below:

The teaser reveals 6 coffins being chained up and then dropped into the ocean, presumably symbolising the members of the group. Time passes and a mobile phone reveals that it is 1:59pm. When 2PM strikes, the chains are broken, releasing the coffins. A figure is then seen swimming to the surface, nothing more than a necklace with a ‘G’ charm revealed about the entity.

Definitely a mysterious teaser, and fans will have to wait until May for 2PM’s comeback.

In other news, the comeback trailer will also be screened publicly in New York and London, at the Times Square and Piccadilly, respectively. Are you going to watch?

Could SHINee’s Onew and After School’s Jungah Be Dating?