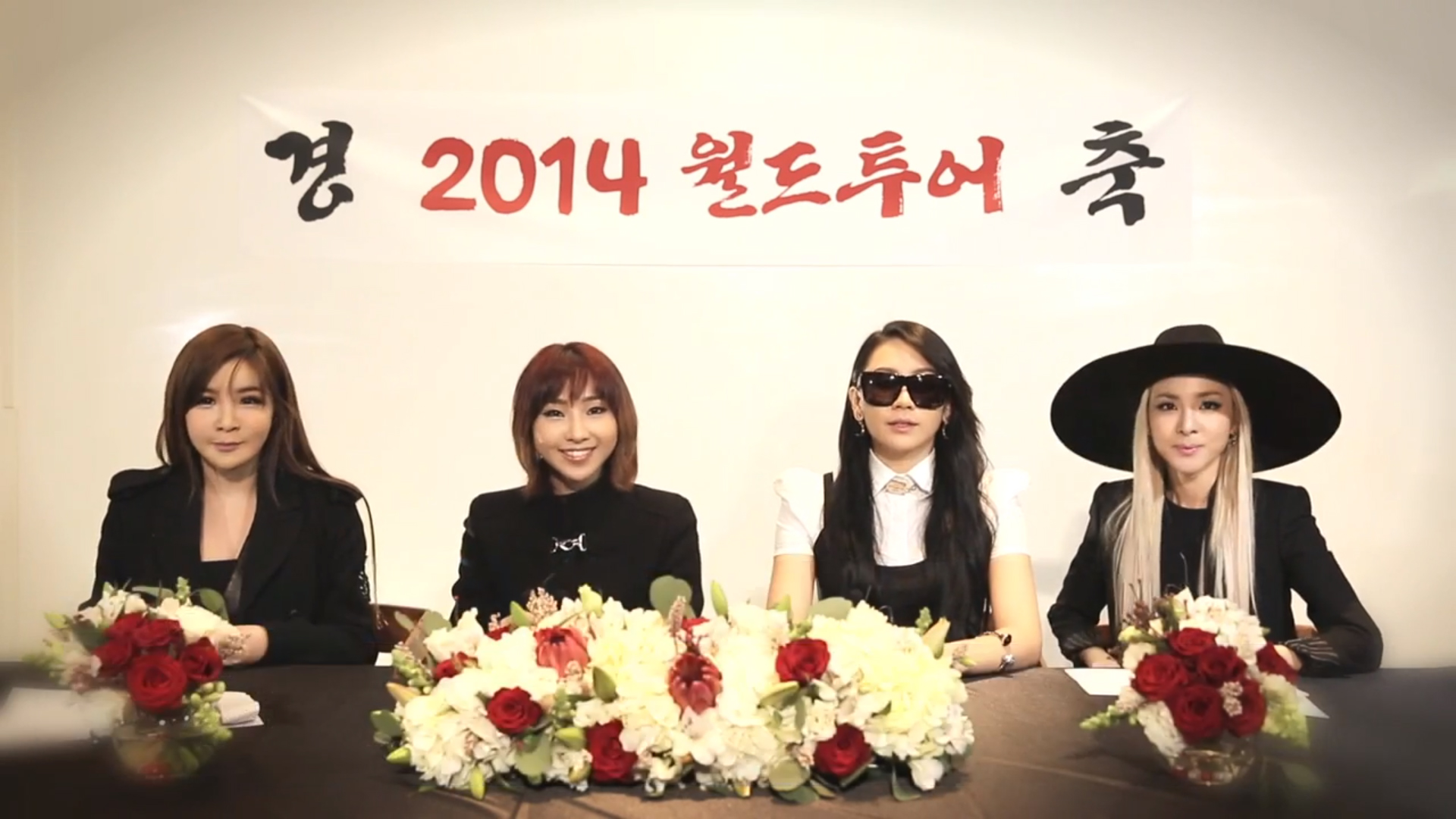 2NE1 is definitely causing a stir recently with teasers for their comeback, not long after their performing in London at the 2013 KBEE. This time, it’s with the news of a world tour in 2014! Watch the announcement below:

Starting off seeming like an official press conference, it isn’t long until the 2NE1 members add their own style to the announcement, giving the announcement in Korean, English, Chinese and Japanese, whilst throwing in their signature sense of humour.

Do you think your country will be included?

Keep up to date with kpopconcerts.com