2AM is set to return with their 3rd mini album ‘Nocturne’ next week, for which the tracklist has been revealed! Take a look below: 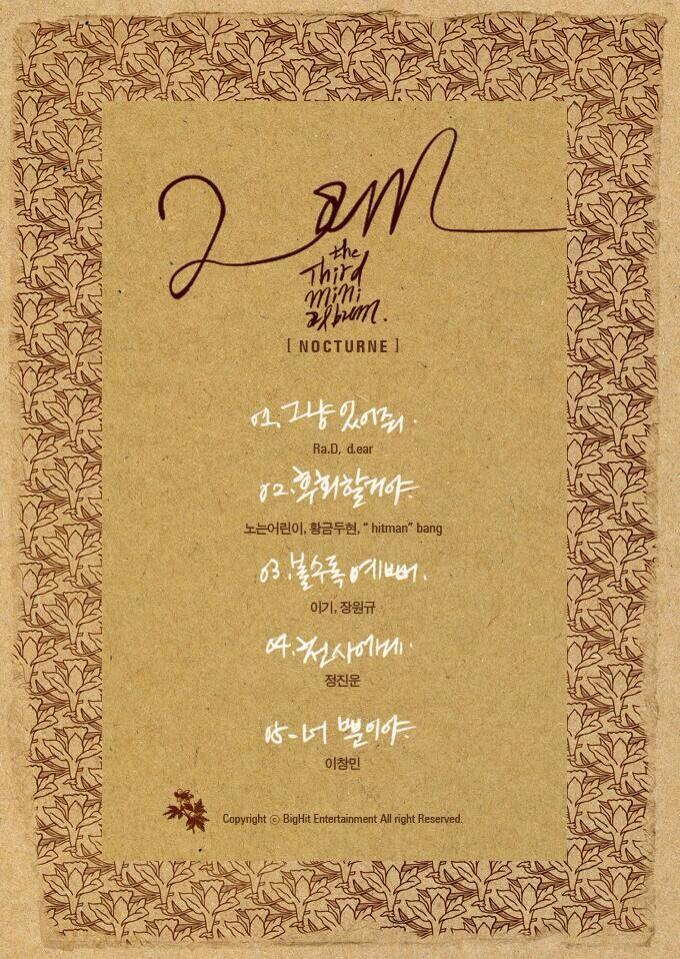 The tracklist is as follows:

As shown by the tracklist, the album will include works produced by members Jinwoon and Changmin.

Are 2AM fans excited for their comeback?

2AM also recently announced a few ‘Nocturne’ concerts, being held in Seoul, Taipei, and also in L.A at Club Nokia, details for which can be found here.

2NE1 Make Their Comeback With "Missing You" MV and Single