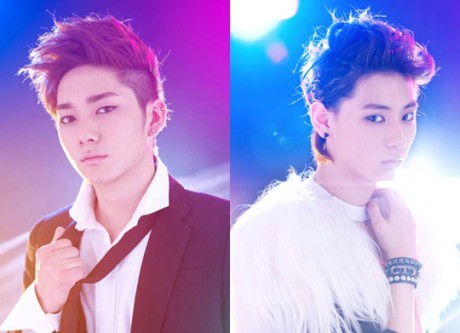 After the unveiling of the leader of NU’EST by Pledis Entertainment, another two members of the group have also been released.

Aaron and Minhyun were the most recent members to be unveiled to fans today. Aaron was said to have been cast for his vocal skills at the “Pledis USA Personal Auditions”, while Minhyun for his looks. But Minhyun also was noticed when he appeared in Orange Caramel’s “Shanghai Romance” music video last year.

Although the group will not officially debut till March, Pledis Entertainment are expected to reveal another 2 members of NU’EST.