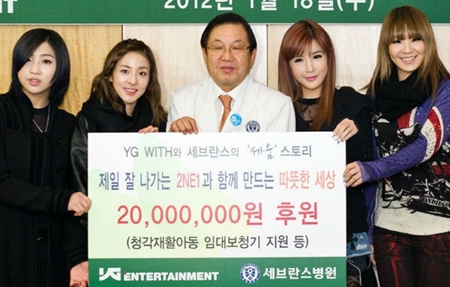 2NE1 spent the day delivering presents to the children in the hospital as well as their families, according to the agency. Additionally 2NE1 also held a signing event at the hospital.

2NE1 leader CL said, “Thank you for giving us the opportunity to help. We want to keep helping these children.”