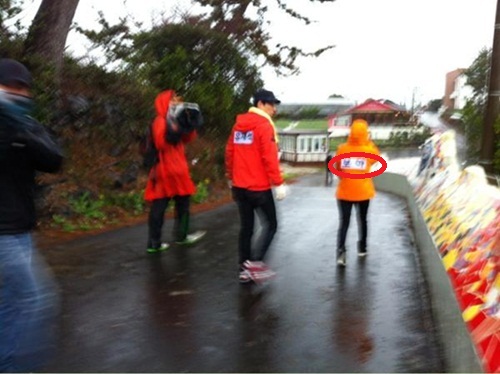 A picture of BoA filming ‘Running Man’ has been released online, being her first game show appearance.

Korean media MyDaily was informed by SBS PD Cho Hyo Jin on March 5th, “BoA and composer Jung Jae Hyung are currently filming ‘Running Man’. This episode will be a ‘music fairy’ special, and we have invited a guest from each SBS program, ‘K-POP Star‘ and ‘YOU&I‘.”

Various online communities uploaded the photos from the filming, where BoA was wearing her name tag among other cast members.

“BoA said it was her first variety show appearance, but also stated that it was a lot of fun and she was very proactive,” Cho Hyo Jin continued. “She is very competitive and lived up to her title as a World Star.”

For many BoA fans this is significant because she has declined offers from variety shows in the past. She officially announced that she would not be filming any variety shows, whilst only making a brief appearance on ‘HaHa Mong Show‘ in the same year that the statement was released.