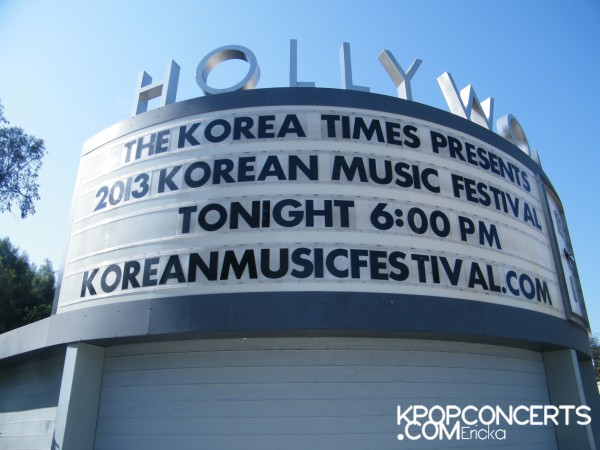 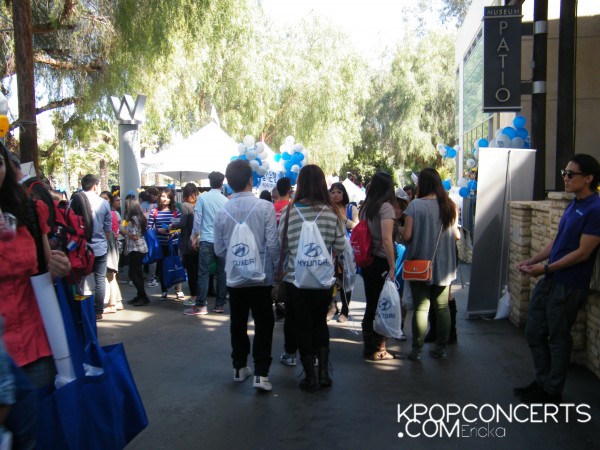 Prior to the concert, attendees were able to walk around the Hollywood Bowl grounds lined with booths handing out all sorts of freebies such as duffle bags, light up headbands, and even ramen!  The concert grounds also held the LA Cube Auditions. Dozens of dancers and singers showed their talents in front of a panel of judges in hopes of being the next K-Pop star.

Promptly beginning at 6 p.m., the concert was jump started by a wonderful performance of traditional Korean instrumental music. It was then followed by the Pan-Asian girl group, Blush, who sang the American national anthem, and then the by Yoon Do Hyun, the lead singer of rock band YB,  who sang the Korean national anthem. The concert was hosted by actor and performer, HaHa,  and  Cindy Shin.

The highlight of the whole event began when K-Pop idols ZE:A Five,BTOB, Jewelry, and Beast took the stage. Over the past eleven years, KMF has seen a large increase of non-Koreans audience in their concerts – thanks to K-Pop and the Hallyu Wave. The idol groups performed a few of their hit singles along with some fan service! ZE:A Five held special stages where they sang Michael Jackson‘s “The Way You Make Me Feel,” a hip-hop dance break, followed by a group performance of Justin Bieber‘s “Baby.” BTOB emitted charisma when they showed their aegyos that had the fans’ hearts melting.  During their talk segment American born member, Peniel, had the whole crowd congratulate his parents’ anniversary that so happened to fall on the date of the concert!  Then K-Pop veterans Jewelry took the stage and gave off sexy and cute performances of their hit singles.  Saving the best for last, Beast closed the show with their energetic and perfect performances.  Throughout the show, many of the idols ran down the extended stage where they interacted with their fans.  From high fives to flashing of abs (of  the male idols of course) the fans could not get enough of the fan service! Overall, the 11th annual Korean Times Music Festival was an utter success that brought together all aspects of the Korean culture into one night full of fun.

Kpopconcerts took some photos for all to enjoy!  Check out our photos below!