Lee Hi has released details about her first acoustic concert after the release of her debut album, “First Love”.

YG Entertainment released an official poster for the concert titled, “Re-Hi”. The concert is confirmed to be on May 12 at the Mary Hall in SoGang University.

Lee Hi will be playing to a small audience of about 500 fans at this intimate and exclusive gig. The 500 fans will be exclusive ticket holders who were given tickets at her album launch event.

YG Entertainment have said that they will record separate acoustic clips of Lee Hi and release it for free to fans who did not get tickets to the exclusive acoustic gig. 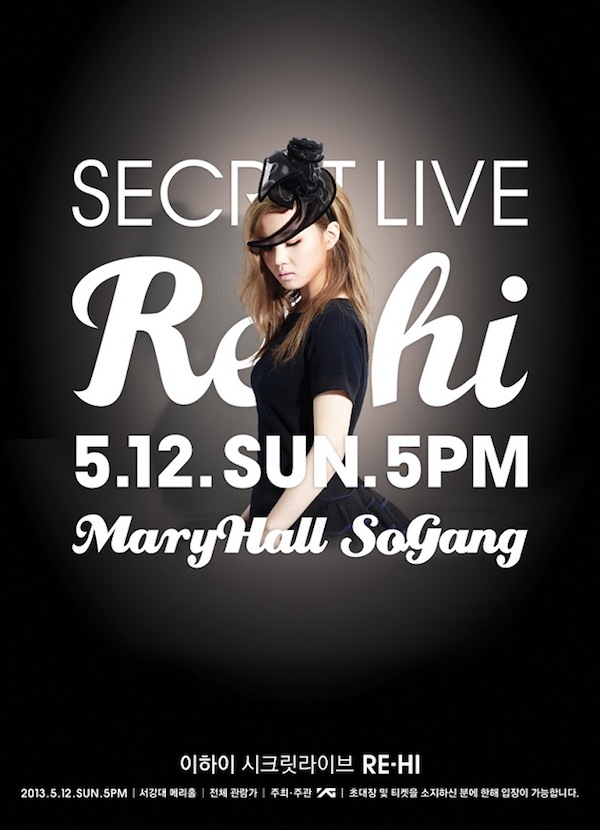