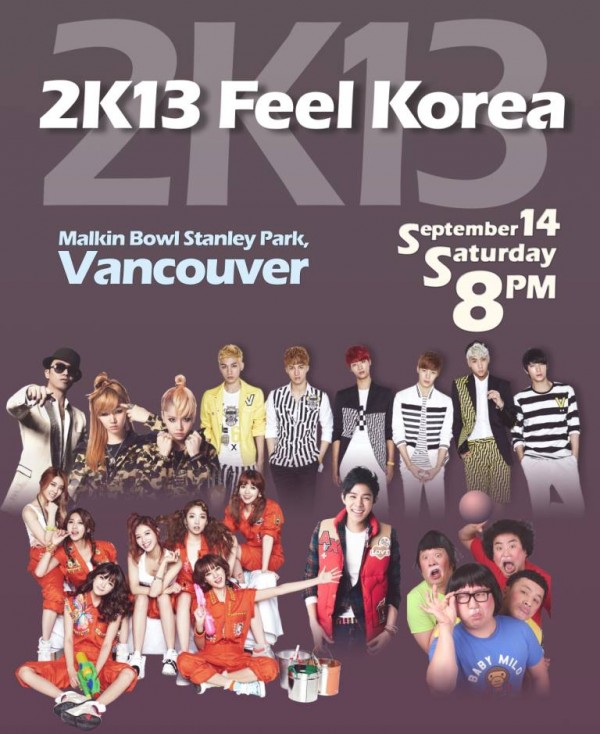 Canadian K-Pop fans have been hoping and praying for years that a K-Pop artist would come to their country, and now they finally are!

2013 marks the 50th anniversary of diplomatic ties between Canada and South Korea.  To commemorate the historic event, Feel Korea will be hosting a Korean cultural festival from September 13- 14 at Malkin Bowl in Stanley Park, Vancouver.

On the first day, Feel Korea will be hosting a Korean class and a free K-pop dance class taught by T.M.F., the choreographer for artists such as Big Bang, Infinite, and 2NE1.  The dancers that stand out the most will be given the opportunity to dance on the concert stage on the 14th.

On the second day, the K-Pop Cover Dance Festival will take place, along with a performance by: Vixx, Rainbow, Alexander, C-Luv, D-Unit, and Ongals!  Want another reason to rejoice?  You only have to pay $3 admission!  When will you have another opportunity to have this much fun and attend a K-pop concert with THAT price?

Still not convinced? Check out the K-Pop idols’ shout out video below!