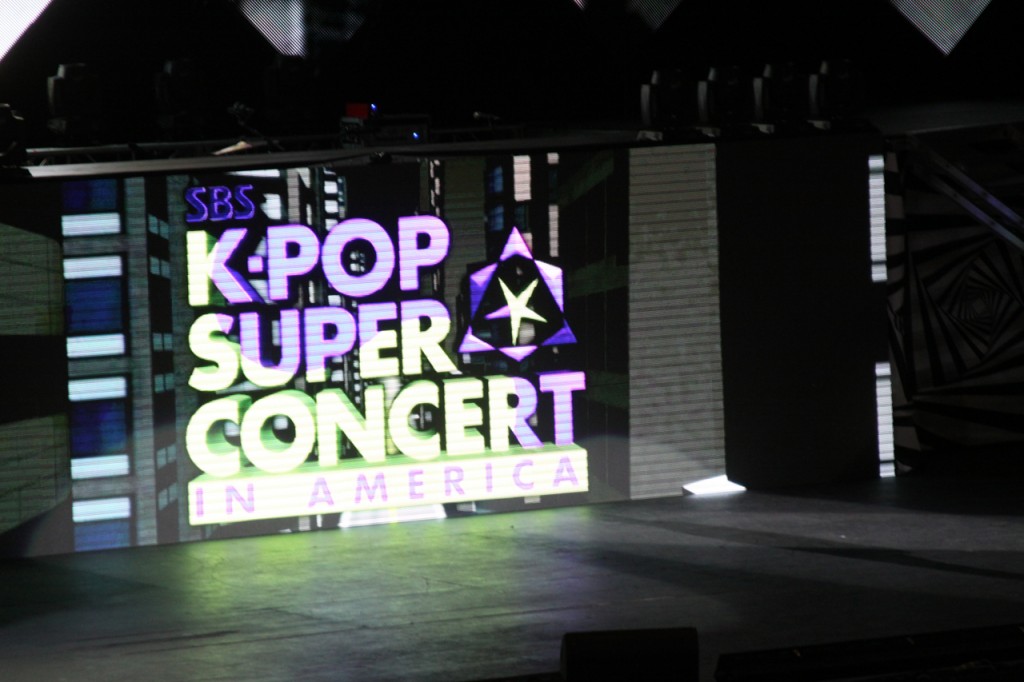 On November 10, 2012, the SBS “KPOP Super Concert in America” was held at the Verizon Wireless Amphitheater in Irvine, CA. The star-studded line up consisted of 4Minute, Sistar, CNBlue, KARA, Beast, SNSD, 2NE1, and American pop duo Karmin. Although it rained the past few days which resulted in a drop in temperature in Southern California, many die-hard K-Pop fans would not miss it for the world and took the long, damp ride to Irvine to see their idols perform live! There had been a slight delay in the scheduled Fan Meets held in tents outside the venue grounds for VIPs and lucky Fan Meet raffle winners, but that did not deter the fans who were in their highly enthusiastic spirits.

In the SNSD Fan Meet, the SONEs bonded really well, sharing their love for SNSD and the K-Pop craze as a whole. When SNSD finally arrived, they were greeted with a large uproar of screaming SONEs, which SNSD graciously acknowledged with a wave to the screaming fans, a short speech, and cute poses for the cameras and said a few words. (S/N: Major thanks to two SONEs – German Vargas and Jim Dukas – for helping take the SNSD pictures from the Fan Meet!)

Finally, the concert began with a short introduction by the MCs of 3 artists representing their group: SNSD’s Tiffany, CNBlue’s Yonghwa, and Beast’s Kikwang, who each gifted the fans with a brief greeting, in broken English, which caused an uproar of squeals and screams from the fans. Each artist performed two songs straight, briefly stopped for a self-introduction in English, queuing more squeals from fans, and then finished it off with two more songs. From beginning to end the crowd was jumping, dancing, and waving their glow sticks to their favorite songs. Overall, it was an awesomely spectacular show by some of the greatest performers in K-Pop.

Please enjoy the many pictures taken, below!

Article and photography by Ericka Puyat.