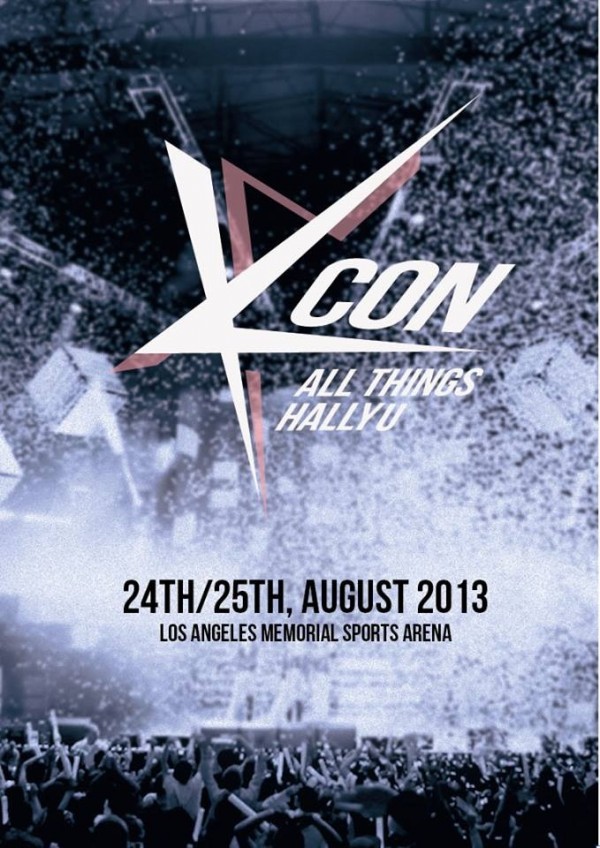 In this week’s KCON live chat session, C&J Entertainment’s Hoon had two HUGE announcements for us.

First, the official location for KCON 2013 has been revealed! It will be in the Los Angeles Memorial Sports Arena in Downtown Los Angeles. The festival portion of KCON will be held on Day 1 (August 24th) outside the arena, where activities, panels, lounges, fan-artist interactions, and many more will take place.

Secondly, Hoon announced that the famed M! Countdown will be joining us for this year’s KCON! For those who might not be aware, M! Countdown is one of the music television programs in Korea that broadcast all the live debut and comeback stages of our favorite idols (similar to Inkigayo and Music Bank.) What does this mean for KCON? Hoon eagerly announced that there will be an awesome artist line-up this year. “We want this to be the highlight of your 2013.”

On a side note, last night Danny from L.A. and former 1TYM member Danny Im emceed the M! Countdown live stream and may have accidentally slipped the beans on one of the possible groups to fly out for KCON. After EXO‘s “Wolf” performance, Danny mentioned them as one of the groups who will be flying to Los Angeles for KCON. Although the “official” KCON 2013 line-up has yet to be announced, many Exotics are already eagerly anticipating the group’s possible appearance. (Check out a fan’s recorded video of his statement at the bottom of the article.)

The official line-up, ticket prices, volunteer opportunities, guest panels, and other information will be announced in the upcoming weeks, so stay tuned and save up!