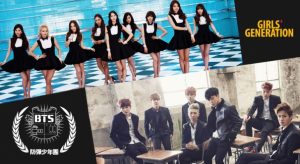 In the past 2 years, KCON has brought opportunities for fans to meet, mingle, and be mesmerized by food, idols, and entertainment for one lucky weekend out of the year. This year, KCON’14 will be a whole weekend affair, consisting of not one, but two nights of concerts. “For two days, Downtown Los Angeles becomes the capital of Korean pop culture in North America and we are thrilled to be able to bring that ultimate experience to fans year in and year out,” said Sang Cho, president and CEO of Mnet America. “We are excited by every expansion that KCON makes as we push our convention to new heights.”

Bangtan Boys and SNSD were announced as headliners, the next star who will join is Rock Star, CNBlue. 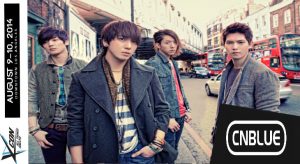 Some special KCON guests have also been announced, including choreographer Aimee Lee Lucas, Dramabeans‘ Girlfriday and Javabeans, Youtube’s JREKML and Mister Popo, and #mykpop‘s Freshly Flipped. More special guests will be announced within the coming weeks.

As if the anticipation couldn’t get more intense, now KCON will have a live talent competition to find the best of the best during the festival. Cash prizes and an opportunity to showcase your talent is every reason to enter Superstar KCON. 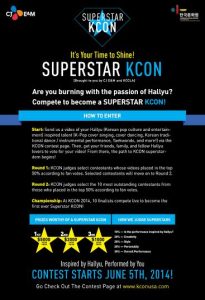 Kim Jong Kook And Haha To Hold A Concert In Indio, CA