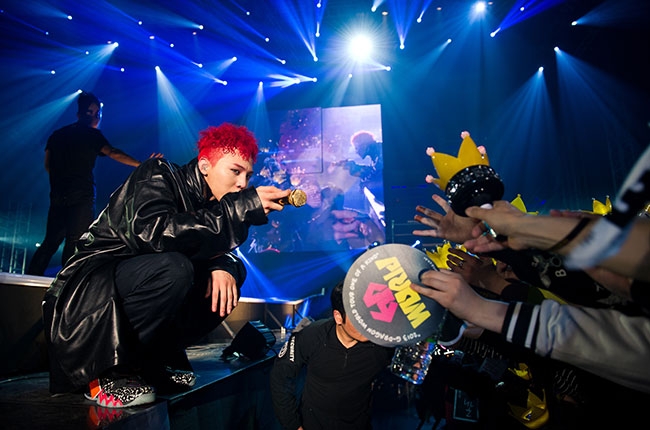 Big Bang’s G-Dragon is the latest name to be announced in the lineup for KCON 2013 in LA.

G-Dragon will be joining other names such as EXO, f(x), 2AM, and TEEN TOP.

Additional announcements surrounding the artists including headlining acts attending KCON 2013 will be shared in the coming weeks.

Tickets for the star-studded event at the Los Angeles Memorial Sports Arena range from $60 to $300 for varying admittance to the six act concert, the convention floor and VIP access areas.

More information can be found at www.kconusa.com.

Tickets can be purchased through the KCON website here

KCON is set to take place on August 24 and 25 at the Los Angeles Memorial Sports Arena in Los Angeles, California.

YG Updates on 2NE1 and Seungri!