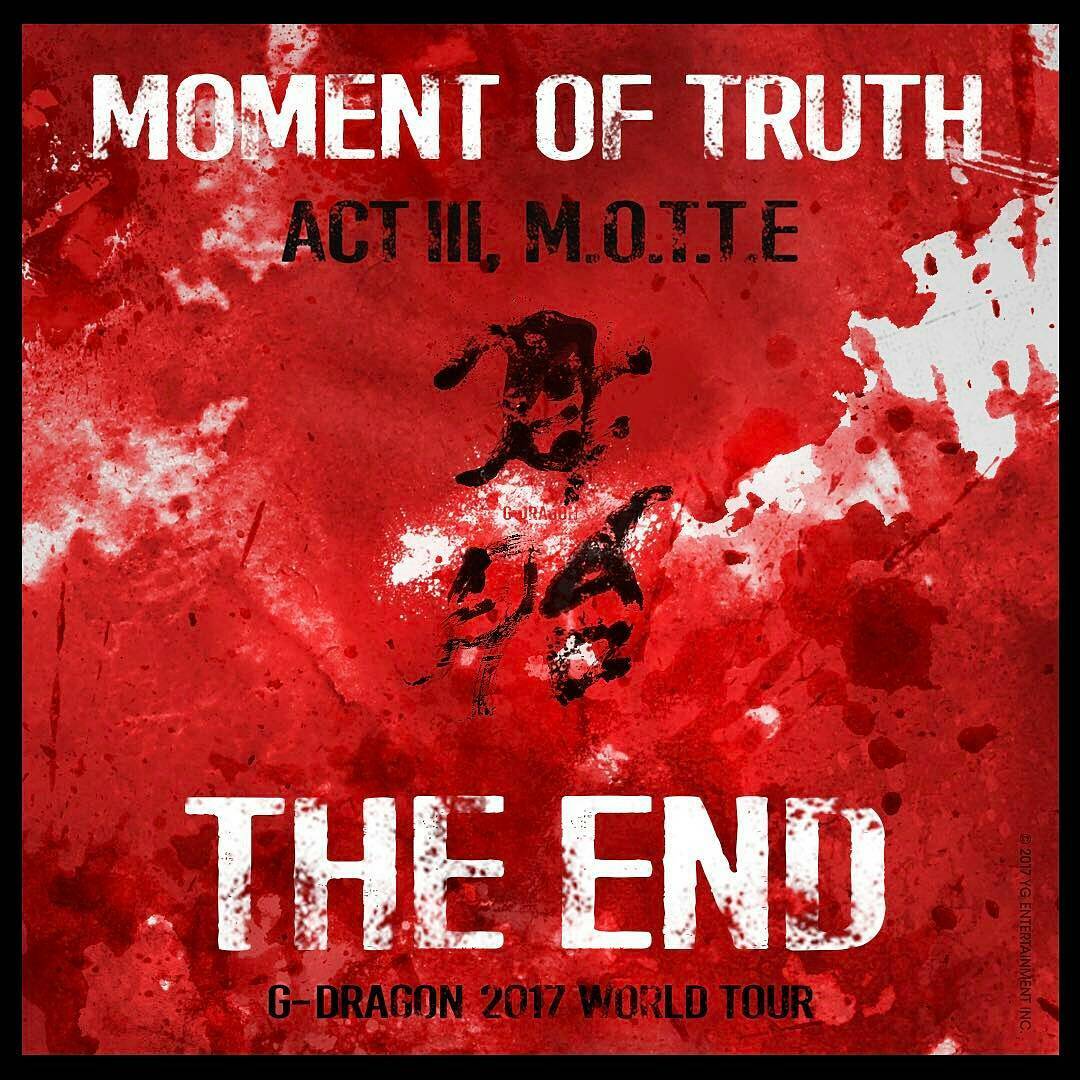 Presented by YG Entertainment and promoted exclusively by Live Nation in North America, the US and Canada tour will kick off on July 11 in Seattle. Tickets will go on sale Friday, May 5 at 12:00 p.m. on www.livenation.com and exclusive VIP packages will be available on www.vipnation.com.

G-DRAGON’s unforgettable 2013 World Tour ONE OF A KIND attracted over 570,000 fans in 13 cities, 8 countries and 27 shows. G-DRAGON 2017 WORLD TOUR ACT Ⅲ , M.O.T.T.E promises to be another spectacular performance. M.O.T.T.E. (母胎), the abbreviation for Moment Of Truth The End, will give insight into the truth hidden behind the glamorous life that G-DRAGON’s massive success has brought him by exploring ACT III, the third phase of his career at 30 years old.