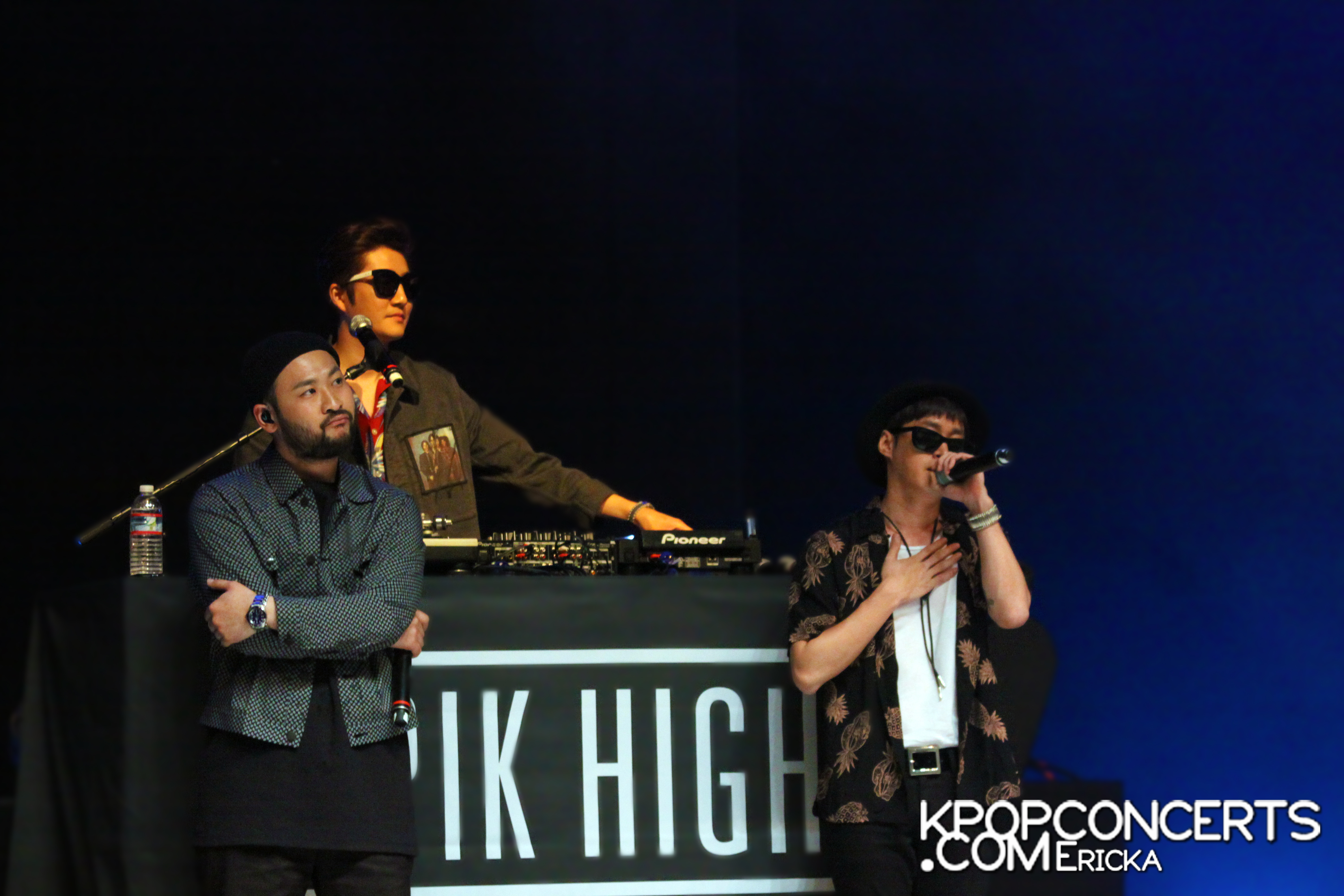 After six long years since their last appearance, hip hop trio Epik High returned to Los Angeles for a show stopping performance that took place in The Wiltern on May 29.  Nestled in the heart of Los Angeles’ Korea Town, the venue was at max capacity and had a line of over a thousand eager High Skoolers wrapped around the entire city block.

Los Angeles was one of the many tour stops that comprised of Epik High’s groundbreaking, three-week long tour around North America.  Presented by SIVA Group, the tour initially consisted of six shows in California, New York, Texas, and Canada.  However due to high demand, the six-city tour turned into a sold out, back-to-back eleven-city tour that had the boys traveling up and down and around North America.

VIP ticket holders were in for a treat as they not only were able to see Epik High up close in the VIP pit, but also were given the opportunity to meet Tablo, Tukutz, and Mithra through a special meet-and-greet that included personal autograph signing and a group photo with the members.  With all these perks, it’s no surprise that the first attendees lined up in the early morning in order to be the first to greet the group.

Starting off the night was Korean American rapper, Dumfoundead.  A K-Town native, Dumbfoundead (real name Jonathan Park) warmed up the crowd with his energetic and spit-fire performance with his hit track “Are We There Yet?,” “Ganghis Khan,” and his newest release, “Mellow Yellow.” 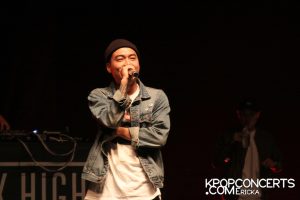 He was joined onstage by jeweler Ben Baller and 1TYM rapper and Danny from L.A. co-host, Danny Im.  Also accompanying him for one number was Dumfoundead’s friend and fellow K-Town rapper, Mike B.  Dumfoundead explained that both he and Mike B grew up around The Wiltern and always wished to perform in it one day.  Not only were they able to make their dreams come true, but they also earned “mad Korean points” for opening up for one of the largest hip-hop act group in Korea. Finally fulfilling their wishes, the duo brought down the house with a stellar set to make sure they will never forget. 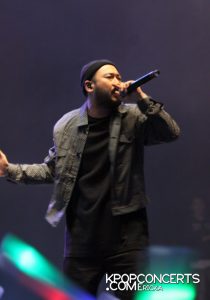 Then the lights dimmed and the main attraction began.  Tukutz took his spot behind his turntables, gave a “What’s up L.A.?!” holler, Tablo and Mithra made their entrance, and kicked off the night with “막을 올리며 (Encore).”  The group welcomed their eager L.A. fans with a brief introduction to “California Love” by 2Pac that had the whole venue up on their feet, waving their light sticks, and singing along.  Then the boys jumped right into “Light It Up” from G-Dragon’s solo album and had the crowd jumping along with them to a mashup of “Free Music” and “Top Gun.”

After their opening set, Tablo introduced the group in English and shared how happy they were to “Not just be back in L.A., but to be back with you guys.”  He then stated that Mithra is on a mission to spread the Korean language throughout North America.  As a result, Tablo explained that Mithra “will not be speaking a word of English.”  Mithra simply acknowledge Tablo’s statement with a simple “네 (Yes),” causing the crowd to giggle.  Tukutz on the other hand (who is learning English) showed off his “flawless” English by stating, “I wish everybody in here have an organic, fantastic time. Thank you!” 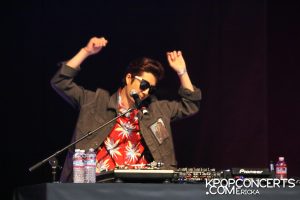 Regardless of their back-to-back tour schedule, Tablo, Tukutz, and Mithra were full of energy and showcased their elite rapping skills. The set list for each tour was carefully crafted and put together by Tablo to leave each city with a unique and memorable experience that took fans on a walk through over ten years’ worth of Epik High’s top charting hits. The crowd was rocking their heads to the sick beats of “Burj Khalifa” and “Get Out of the Way”; jumping and fist pumping to “High Technology,” “Up,” and “Happen Ending“; and swaying their light sticks to “It’s Cold.”

During Tablo’s solo stage, he performed his single “Airbag” that had the audience mesmerized until Tukutz creeped up behind him and comically lip-synced the chorus.  When confronted by Tablo for ruining an emotional song, Tukutz brushed it off and said, “Don’t worry, be happy.”  After the brief bickering, Tukutz joined Tablo onstage for his popular English rendition of Taeyang’s “Eyes, Nose, Lips.”  The song had won the hearts of many fans since its release and the whole venue was singing along word-for-word.

Epik High further proved that their entertainment skills expand outside of music with their comical fan interactions.  In between sets, Tablo and the other members would take their time and interact with the fans in both English and Korean.  Tablo asked Tukutz to “show something original”, which prompted the DJ to get down with Big Bang’s signature “Fantastic Baby” dance move.  Kutuz claimed, “It was mine!” and joked that Big Bang was the one who copied his dance move. Then later on, Tukutz and the other members had a brief synchronized pop-and-luck choreography to “One.” 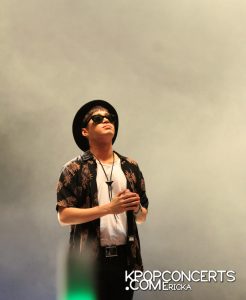 Tablo took a quick moment to express Epik High’s undying gratitude for the overwhelming support they have had all these years. “As you know, Epik High’s been through hell and back these last few years. And we’re better than ever because of you. Thank you.”  As fans threw their hands and glow sticks up and swayed to the beat of “Rich,” Tablo added, “We owe it all to you. Make some noise for yourselves!”

With the show coming to a close, Epik High performed “Fan” and dedicated it to everyone in the room.  To end the night with a bang, Epik High performed the group’s latest hit track that dominated the music charts – “Born Hater” and the other fan favorite, “Don’t Hate Me.”  Epik High has had to overcome many hurdles and obstacles over the years.  But through pure talent and perseverance, the group remained solidly triumphant and has been rewarded with top-charting albums and singles, countless of awards, and a growing loyal fanbase.  Most importantly, Epik High has paved the way for aspiring rappers who wished to follow in the group’s footsteps.