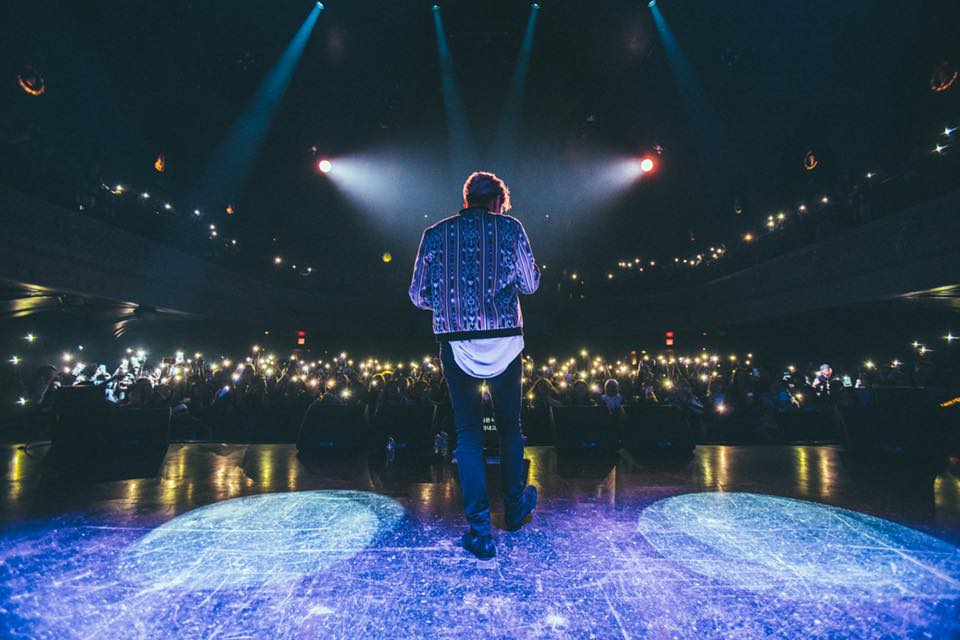 High energy beats, evocative dance moves, and cute smiles seem to have been the theme for Eric Nam‘s sold out show in San Francisco on June 6. Fans began lining up outside of the venue in the early morning, well before the start of the concert later that night, just for an opportunity to get closer to the star of the night. This concert was different; Eric Nam is a K-Pop artist who grew up in Atlanta and speaks English natively. To these fans, the opportunity for a front row position and to interact with him was well worth the wait.

Kicking off the night was LOOTE, an American pop duo who were touring alongside Eric during the release of their debut album ‘Single,’ featuring various hits such as “Your Side Of The Bed,” “High Without Your Love,” and “Out Of My Head.” Their catchy pop dance tunes were a perfect start to the night, getting fans to bounce and cheer. In a sudden twist of events, they played the first few notes of Cheat Codes’ hit, “No Promises” feat. Demi Lovato, announcing that they were the writers behind it, before delivering it with the charm of their energetic vocals and live instrumental performance. Wishing everyone a fantastic night, they stepped off the stage to thunderous rounds of applause and renewed cheers every time they came back  to move off the sound equipment. 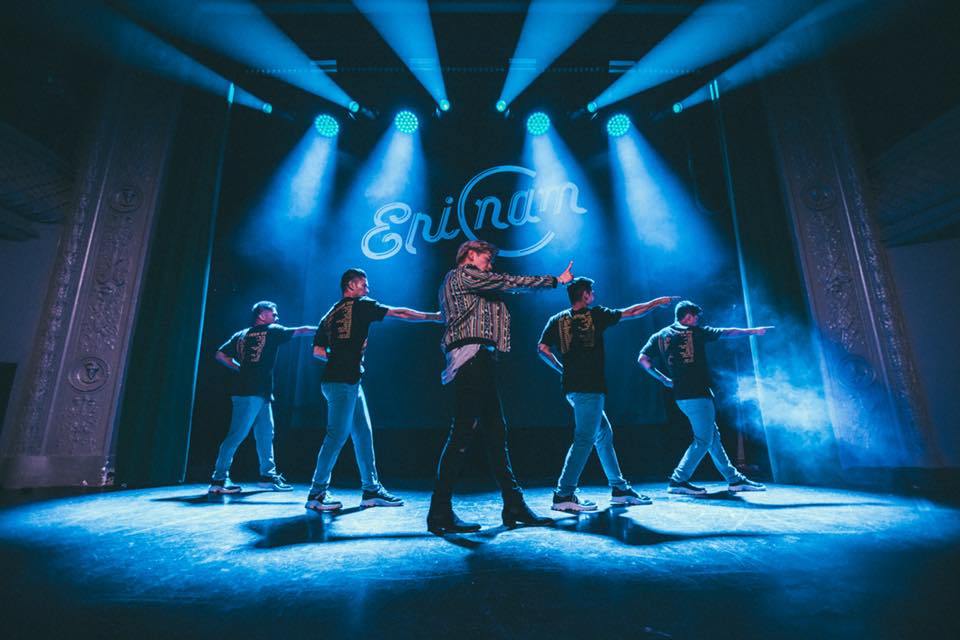 The energy of the crowd during the gap period was incredible, with the in-house DJ playing various songs like IKON’s “Love Scenario” and  BTS’ “Fake Love” to get everyone pumped. In dramatic fashion, Eric burst onto stage and lit it up with “Potion,” a song with incredible coordinated choreography and English lyrics that the crowd echoed back like “’cause we’re young and wild” and “pour it up.” Sporting his  sneaky bad boy smile, he suggestively rolled his body during the chorus to the cheers of the crowd. You could really feel how comfortable Eric was on stage as he seamlessly transitioned to dance track “Don’t Call Me,” a song completely in English despite being part of his latest K-pop album “Honestly.” Then, toning it back a notch, Eric blessed San Francisco with his angelic vocals on the ballad “Interview,” the title track of his album back in 2016, melting the hearts of the NamNation, the fandom name for his fans. 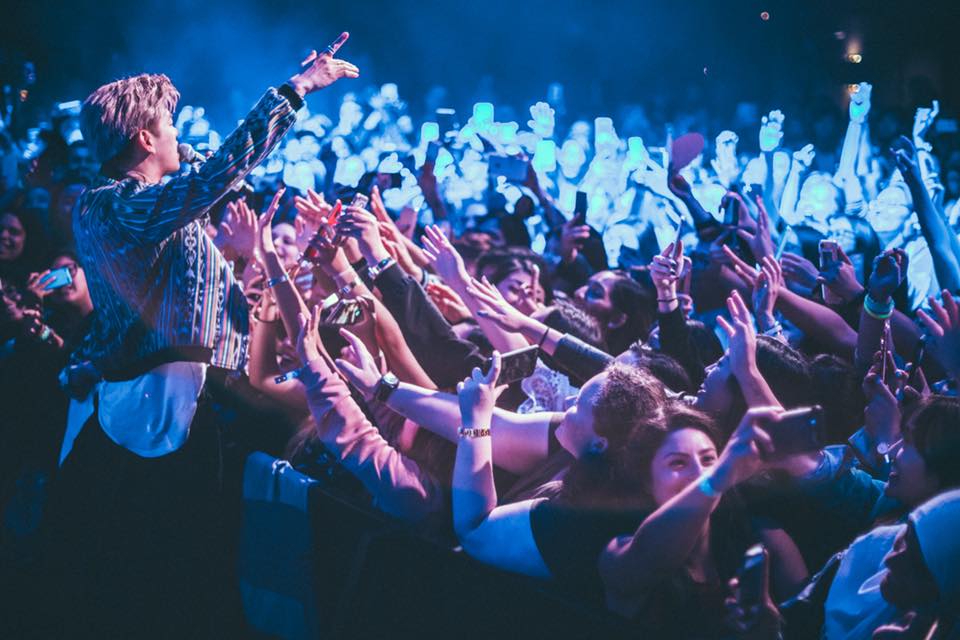 Eric then took a quick break to catch his breath while taking the time to greet the crowd properly for the first time since coming on stage. It was clear how excited he was to be there, as it’s the second stop of his tour and his second sold out show. He threw it back to the time, many years ago, where he interned in San Francisco and would eat late night pupusas in the Mission. (Writer’s Note: Pupusas in the Mission are literally the bomb.) Cringing, he reminisced about the time he passed out on a bus after a night of partying, while quickly reminding everyone to drink legally and responsibly. 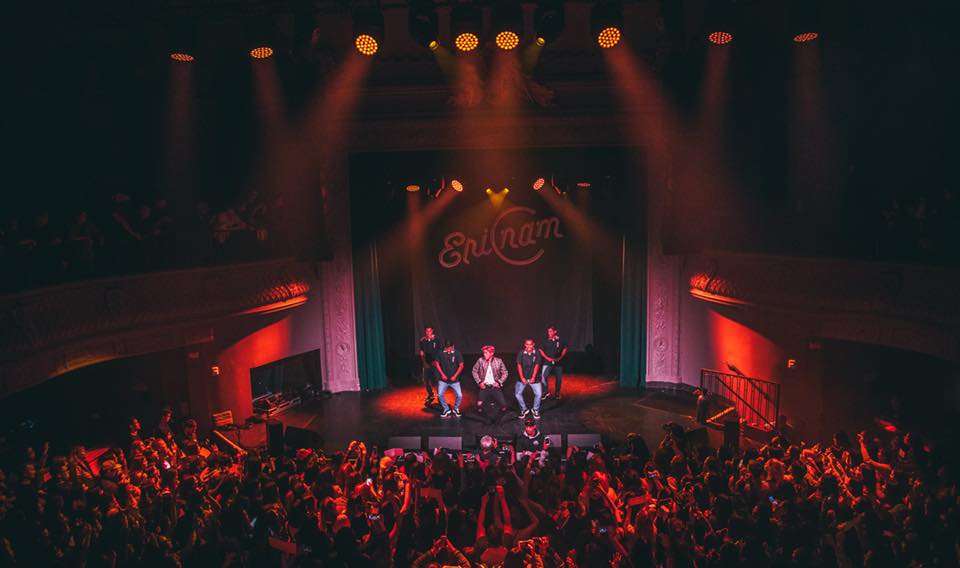 Restarting the show, Eric jumped into another ballad “Good For You,” before delivering the cheesy vocals of “This Is Not A Love Song.” What struck me was how gracefully Eric moved along the stage, getting involved with fans all across the floor and balcony of August Hall, throwing out waves, winks, and smiles much to the glee of the audience. Moving into “I’m Not Okay” and “Heaven’s Door,” Eric then mentioned how his next track “Float” is yet unreleased, but will be part of the upcoming soundtrack for Hotel Transylvania 3.

The stage then cleared again in preparation for “Idea Of You,” “Body,” and “Lose You.” He moved with a powerful rhythm, taking charge of the stage and the fans’ complete attention and transitioning between being sexy and cute on a whim. As the synths for the next song started up, the fans screamed out of excitement – I would recognize that opening anywhere: “You got me feeling like.” It was “Cave Me In,” featuring three of my absolute favorite and very talented artists: Tablo, Gallant, and Eric himself. Voices filled the theater as fans began to sing along to this smooth retro slowjam. As the voices faded away, the addictive electronic notes of “Into You” kicked in for another dance hit. The stage was incredible with backup dancers synchronized to every movement Eric made while also highlighting his dance prowess. 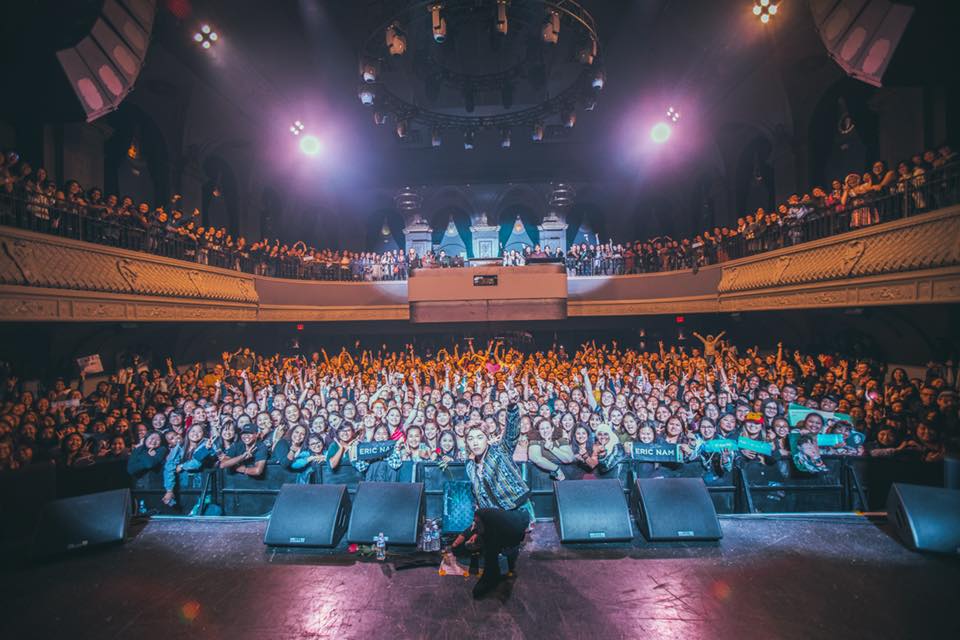 Jumping off the stage, the theater turned black for a moment as fans quickly caught their breaths and calmed their beating hearts before Eric bounced back in to perform the title track of his tour and album, “Honestly.” Lifting the energy in the hall to the highest point of the night, Eric gave it 110% as cheers exploded with every verse. To finish off the concert, it was only appropriate to close with “Can’t Help Myself.”. The audience pumped their fists while making silly hand waves to “I wanna be with you, you tonight,” before crying and calling out their goodbyes. Honestly, Eric, you outdid yourself. Cheers to you.