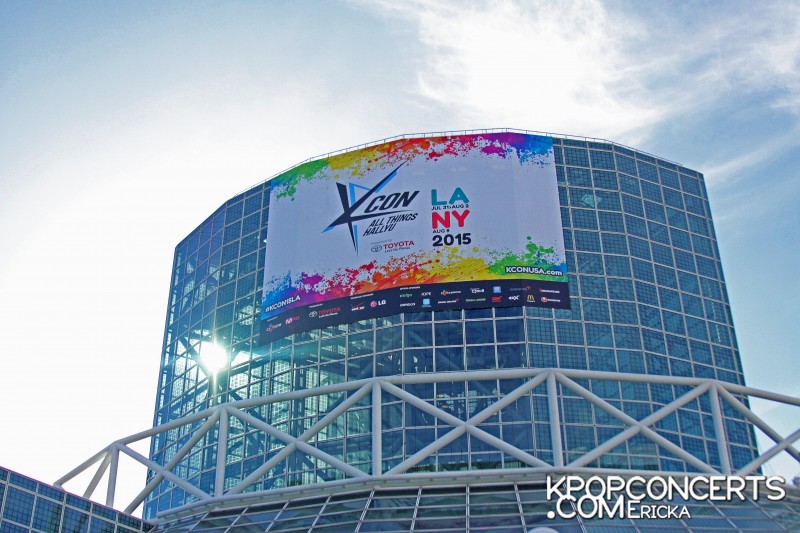 For the third year in a row, North America’s largest ‘All Things Hallyu’ convention KCON returned to Los Angeles for a weekend full of spazzing and glee. KCON moved its location to the Los Angeles Convention Center and the infamous Staples Center and expanded into a three-day long convention complemented by two nights of M! Countdown concerts.  KCON continued its exponential growth with its bicoastal expansion into New York.  The inaugural event was a one day convention and concert which took place on August 8 at the Prudential Center in the greater New York Metropolitan area.  For its fourth year, KCON USA boasted a total combined attendance of over 75,000 fans, 13 of the hottest K-Pop acts, over 203 special guests who hosted 149 programs, and 183 companies who operated convention booths.  While we were unable to attend KCON NY, here is our recap of the adventures and shenanigans that occurred in KCON LA. 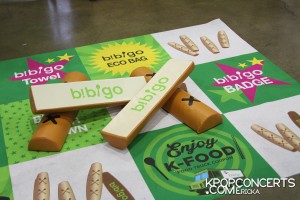 For starters, say goodbye your annual KCON tan! A big plus at this year’s event was that the entire convention portion was held indoors at the Los Angeles Convention Center.  Fans enjoyed hours of shopping, workshops, panels, voucher trading, and more in the comfort of A/C.  The Convention Center was buzzing with life as fans hopped from booth to booth to play games and win free swags.  At the Toyota booth, fans were challenged to play Just Dance or participate in a video lip sync battle.  Verizon showcased its latest phone the LG G4, and gave out “Hi Touch” vouchers every few hours.  Bibigo had fans play a large-scale version of Yut, a Korean board game, to win free goodies while Asiana Airlines gave away roundtrip tickets to Korea. 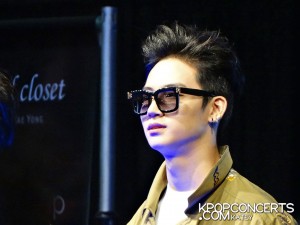 The Convention Stage featured local acts and special performances from the KCON lineup. Roy Kim made an appearance on the second and third day of the convention where he performed his top songs for all the attendees.  The solo artist was named the ambassador of UNESCO’s Girl’s Education campaign that advocated gender-equality in education and represented the millions of girls around the world who are being denied education due to their economic situations.  KCON favorites GOT7 also participated in a fashion show in collaboration with a clothing line called Beyond Closet by designer Ko Tae Yong. 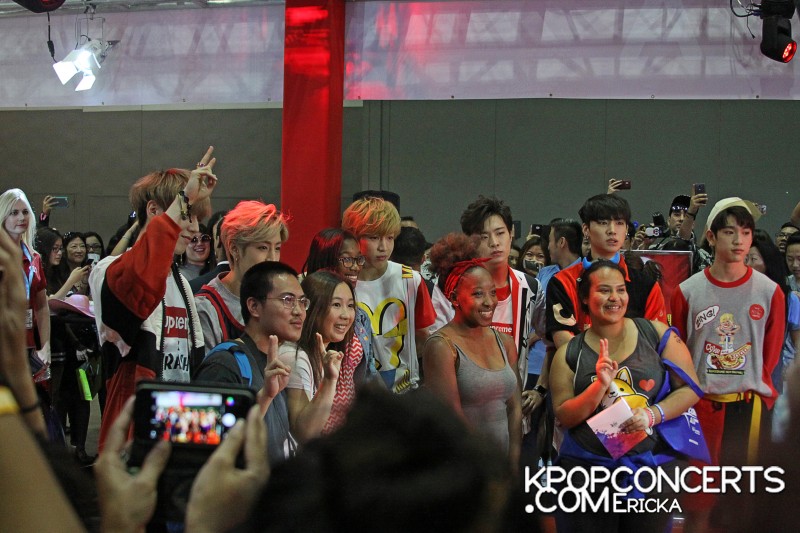 Idols continued to make surprise appearances around the convention floor.  Sistar’s Soyou filmed a segment of Mnet’s Get It Beauty 2015 at the OnStyle booth where she gave a brief makeup tutorial.  GOT7 made a guerilla appearance at the Toyota booth where selected fans were able to meet and take photos with the idol group (some lucky fans received hugs from them).  Monsta X, another fan favorite group, also made an appearance outside the Korean Radio Promotion Association (RAPA) booth which promoted the next generation immersive content industry via 4D, and holographic exhibitions and performances.  Over at the MNET Shop booth, raffle winners were able to meet and interact with Monsta X, Roy Kim, or Shinhwa.

Always one to improve, KCON expanded its influence outside the music scene by including more Korean drama and film programs.  The special guests for this year’s con included big name Korean actors such as Kim Soo Hyun (My Love from A Star), Daniel Henney (X-Men Origins: Wolverine), Son Ho Jun (Reply 1994), and Ki Hong Lee (The Maze Runner).   Son Ho Jun was actively present throughout the convention where he made an appearance at the US premiere of his latest movie Mr. Baek The Homemade Food Master.  Ki Hong Lee held a panel titled ‘Ki Hong Lee: Maze Runner, Hollywood, and Beyond’ where he shared his personal experiences of being “Asian-American” in the Hollywood entertainment industry and its impact on the Asian-American community and beyond.

Of course, what is KCON without fan engagements?  Since its inaugural event back in 2012, KCON has made it its goal to bring US fans closer to their K-Pop idols through fan interactions.  Lucky concert-goers who received winning fan engagement vouchers were able to attend specific fan meets, while an even luckier batch also had the chance of a lifetime to go up and Hi-Touch with the groups themselves.  Those who received Red Carpet vouchers passes for Saturday or Sunday hit the jackpot as they were able to see all the K-Pop acts strut onstage for a photo opp and brief interview on the Red Carpet stage.
If there is one thing to take from this KCON experience, it’s that Hallyu is truly transcending borders. The growing popularity of Korean music and Korean dramas have sparked fast-growing interest in South Korean culture.  KCON events are great opportunities for a diverse group of fans of all ages, genders, and ethnicities to congregate, bond with other K-centric attendees, and immerse themselves in Korean pop culture.  With the expansion of KCON to New York and Japan this year, one can only imagine what’s in store for 2016.

[UPDATE] 'Show Me The Money 4' Concerts Announced for LA & NYC