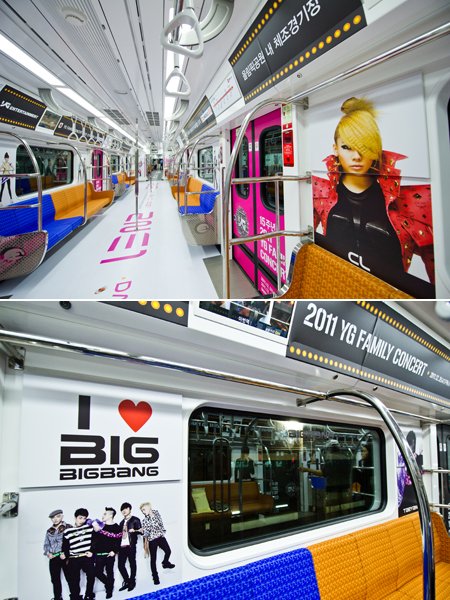 YG Entertainment announced that YG Family’s train wrapped, both inside and outside, with the photos of the agency’s celebrities, started running on November 5, catching many eyes of commuters.

This is part of the promotional strategies of the YG Family Concert to hold on December 3 and 4 at the Gymnastics Arena in Olympic Park to celebrate the 15th anniversary of the Korea’s leading entertainment agency. A compartment of the train is designated for Big Bang and 2NE1, largely covered with the members’ faces. Through the LCD monitors, we can see their concert videos, adding more excitement to the atmosphere. 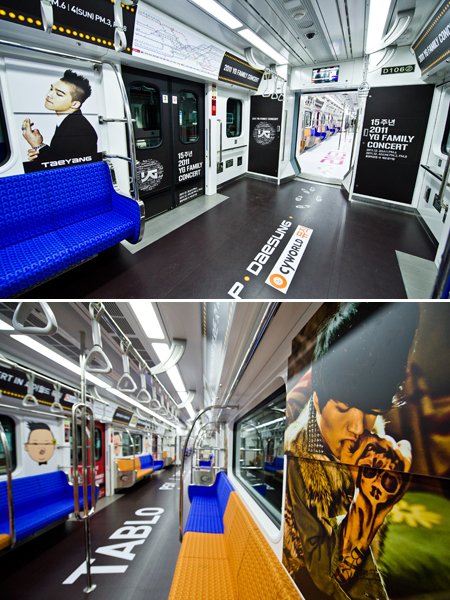 The upcoming concerts designed to mark the 15th birthday of the agency will be held before about 200,000 fans both in Korea and Japan, featuring the currently working singers and almost “retired” senior singers.

The YG Family’s train will be in service for a month from Nov. 5 to Dec. 4. The second round of the ticket sales for the concerts will start at 8:00 p.m. on November 9.