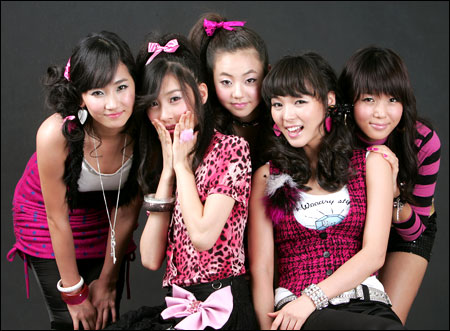 After a recent comeback to the kpop scene, Wonder Girls recently appeared on an episode of Mnet’s “Mnet Wide Entertainment News”.

On the filming Wonder Girls had their handwritten resumes revealed. Included on the resumes were their height, weight, hobbies, habits, connections and foreign language abilities.

Funnily enough, attention was drawn to the section listing their personal connections to other kpop celebrities.

Wonder Girls lead singer Sunye turned out to be good friends with the members of Girls’ Generation, Lee Hyori, Ok Juhyun and other top stars.

On the other hand Yoobin maintains a close friendship with After School’s UEE, Secret’s Hyosung and solo artist G.NA, with whom she trained with in the past.

The Miss A and f(x) girls were connected to Hyelim.

Wonder Girls were then asked “What is the one thing that any of the members should fix?”, Yoobin and Yeeun replied together, “Sunye’s answers during interviews are too lengthy, it would be good if she could shorten them.” Subsequently, leader Sunye apparently acknowledged her chattiness. 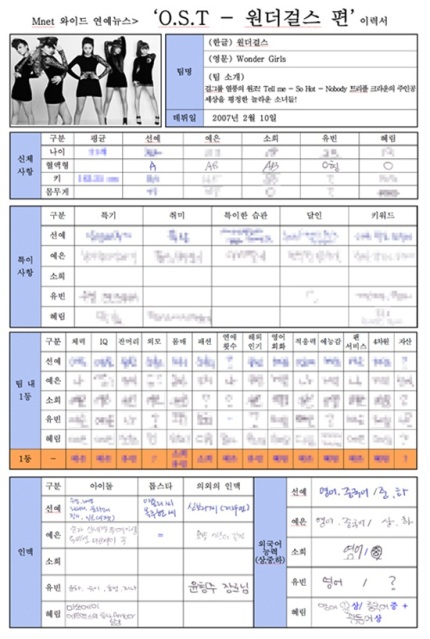