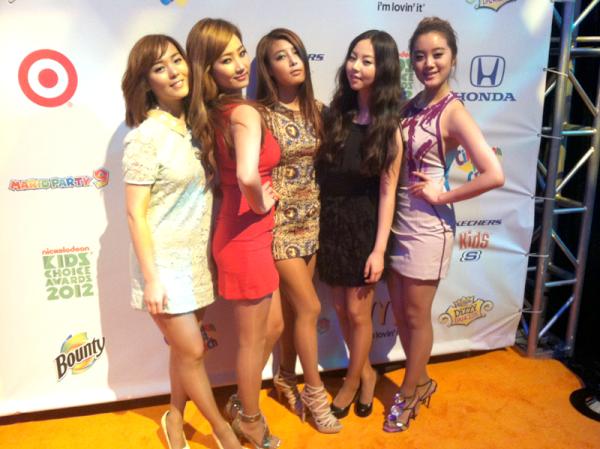 [ad#GA-468-img-natmj]
JYP Entertainment’s Wonder Girls’ attended the pre-party for Nickelodeon’s ‘2012 Kids Choice Awards’.
Through Yenny’s official twitter account, pictures of the girls at the party were revealed. The School Gyrls and Nick Cannon are also seen in some photo’s as well. Many fans were thrilled with the pictures commenting on their flawless beauty, stunning fashion, and how proud they are of them.
The ’2012 Kids’ Choice Awards’ was held on March 31st in Hollywood, CA in which the Wonder Girls’ unfortunately lost to singing phonomenon Charice, a popular in the US charts. However, voting for the ’2012 Kids’ Choice Awards’ (Asia) still remains open. Make sure to cast your vote for the Wonder Girls in the the Favorite Asian Act category.
Congratulations on both Wonder Girls’ and Charice!
[ad#GA-468-tx-natmj]