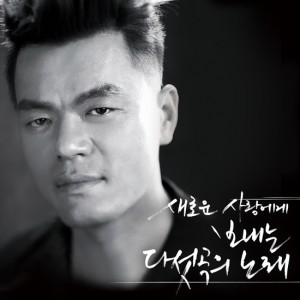 Park Jin-Young made his debut in 1992. He is known as a singer, a dancer, a record producer and an actor as well. He is the head of JYP Entertainment, and has produced great artists like Rain, the Wonder Girls, 2PM and Miss A.

Some may think he just got lucky. He said so himself in an interview that he felt he was extremely lucky to be in this position today. However, the way that he lives his life seems to me as though he didn’t just get here due to being lucky.

As mentioned in the programme, ‘Healing Camp’ where he made an appearance as a guest last month, JYP wakes up every morning at 8am. He has a precise diet and he controls everything he eats. The second he wakes up, he has vitamins, followed by 6 almonds, 2 types of fruit and a healthy drink.

That’s not all. He does stretches for his body and does singing exercises for his voice. On top of that, he also does two hours of exercise everyday in the gym that he created in his house. All of this is why even at the age of 40, JYP is able to sing and dance on stage and give a great performance.

His dream is to continue to perform on stage for as long as possible. I hope he achieves his dream.

Best K-Romantic Comedy of the Year