Its time to round up the most popular topics of the previous week in a quick snapshot! 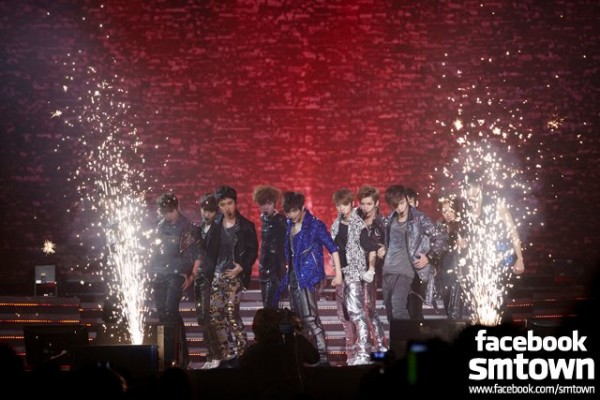 After 100 days of online promotions, 100 days of offline promotion, prologue MVs and a very successfull showcase (Check it out here), SM’s new Boy band EXO have finally debuted with their single ‘MAMA‘. The single comes in 2 version a Korean and Chinese Version. They have also brought this awesome song to the inkigayo stage this weekend.

2) 4Minute comeback with ‘Volume Up’ 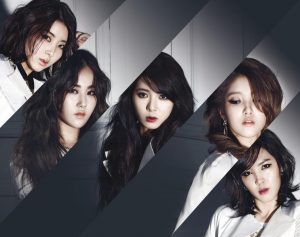 4Minute have finally revealed their full music video to their new song, “Volume Up“

After releasing 2 teasers, 4nias have been very excited to see the new MV. the song was made by S.Tiger and Rado whom have worked with 4Minute since thier debut. 4Minute have pulled off a sexy look and yet again they look flawless.

Ahead of their upcoming comeback, SISTAR have released a new teaser image for their fans. The new teaser was titled, ‘red pictorial’, where the girls are posing against a red backdrop in black leather outfits.

SISTAR are set to make their comeback on April 12. Their comeback track titled, “Myself“, is said to have been produced by Brave Brothers leaving much anticipation to hear the new song. They have also released teaser clips for individual members.

On the 16th of April SM’s Super Junior held their second stage in Paris, but this time it was a solo stage where the Super Junior members were able to show off their charms.

Here are some pictures of the event,

For more pictures check out our article Here

Jay Park recently updated his Twitter with a series of countries which he’ll be visiting in May! Check out the tweet below:

IU will be embarking on a 6-city concert tour in Korea this June entitle ‘REAL FANTASY’! The first concert will be in Seoul on June 2nd at The Grand Peace Palace of Kyunghee University. This venue has a capacity of 4000. The concert would then go to Ulsan, Jeonju, Suwon, Busan and Daegu in that order. Tickets for the concert in Seoul goes on sale on April 17th. 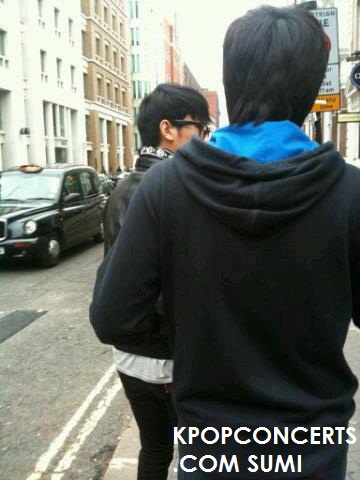 There has been a recent buzz amongst fans of actor Kim Soo Hyun arriving in London and on the 5th April he was spotted near by Oxford St by a fan. The actor was shopping around Central London and was seen entering many high street shops. He greeted the fan nicely and seemed very happy to be in the UK.

For lucky Korean fans, it’s always a pleasure to attend a huge concert with many different idol groups performing (as sometimes, fans have multiple favorite groups). The Hallyu BIG CONCERT will be touching down on June 9th in Gyeonggi-do, South Korea, at the Suwon World Cup Stadium. Check out the Full list of artists in our article Here 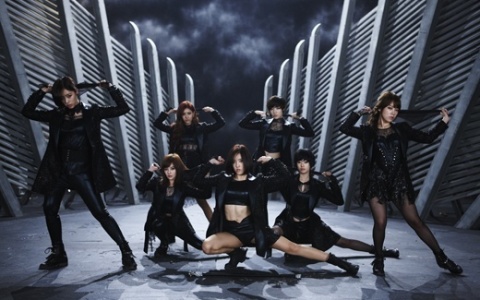 As reported last month, T-ara has been preparing for a major change by either adding or switching some of their members. On April 5, more information regarding this change has been revealed through local media, giving a hint at what to expect in the coming days.

According to Review Star, an official from Core Contents Media said, “It is true that T-ara will become a 9 member group. Two new members will be added and more details will be announced on April 6.”

Last month, Kim Kwang Soo, the head of Core Contents Media announced that T-ara would undergo major changes to their overall structure. At the time, he said the move is to prevent any of the members getting complacent and losing the competitive edge. We’ll keep you posted for any updates!

[ad#GA-468-tx-Jo] J.Tune Camp has finally revealed the 6 lucky countries that are part of MBLAQ‘s upcoming Asia Tour. Titled ‘The BLAQ% Tour’, similar to their comeback repackaged album, MBLAQ is ready to ‘run‘ and perform for their overseas fans.

The BLAQ% Tour will be staging 12 shows in 6 countries. The countries are; Jakarta(Indonesia), Singapore, Bangkok(Thailand), Seoul, Japan and Taipei. More details of the concert in each individual country will be updated soon. 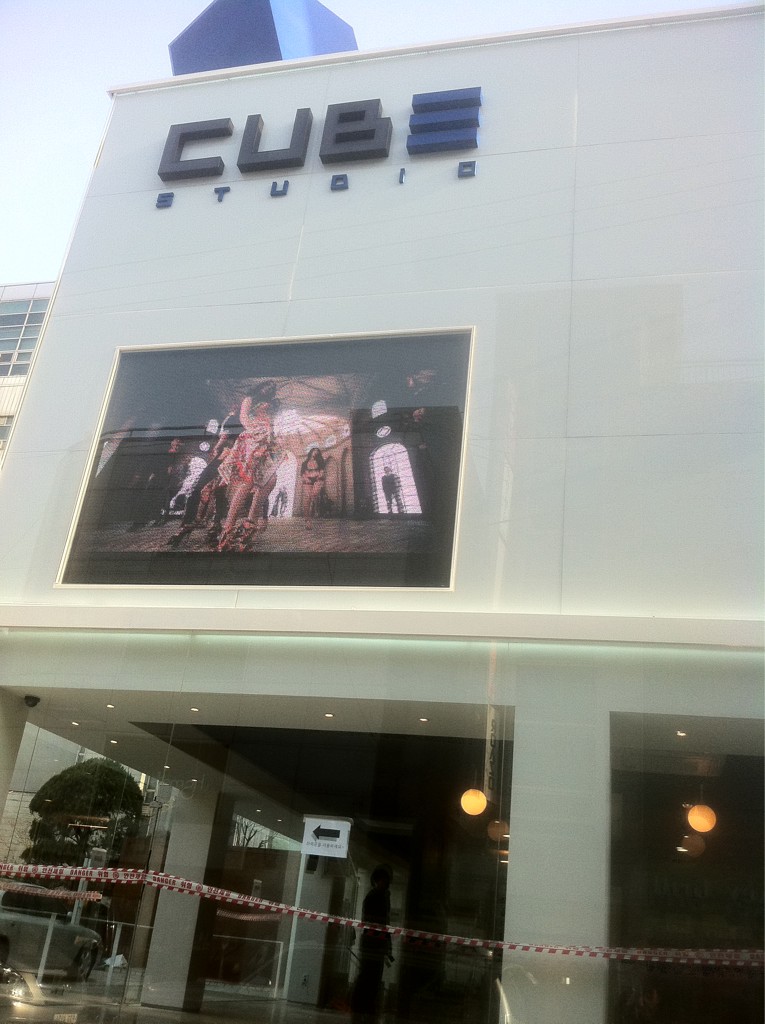 [ad#GA-468-tx-LM] It is undeniable the amount of success Cube Entertainment have had in these past few years with their amazing artists BEAST, 4Minute, G.NA, A-Pink, Huh Gak, and now new addition BTOB. BEAST are embarking on a world tour, BTOB’s recent but hot debut, and also 4Minute’s sexy comeback. To mark such huge successes, Cube Entertainment are now set to open their very own ‘CUBE Studio’!

During last week’s episode, the two new MCs of SH were revealed to be actor Lee Dong Wook,  along with the comedian Shin Dong Yup!

Check our some of the pictures of their first recording below,

For more images check out our article Here

Staying with the Strong Heart Theme, last week was the second episode of Strong Heart’s YG special where some secrets about Seungri were revealed. Contrary to usual leader GD was dishing the dirt about mankae Seungri and mentioned how Seungri borrowed the managers laptop to watch ‘Adult’ material.

Check out the full article Here 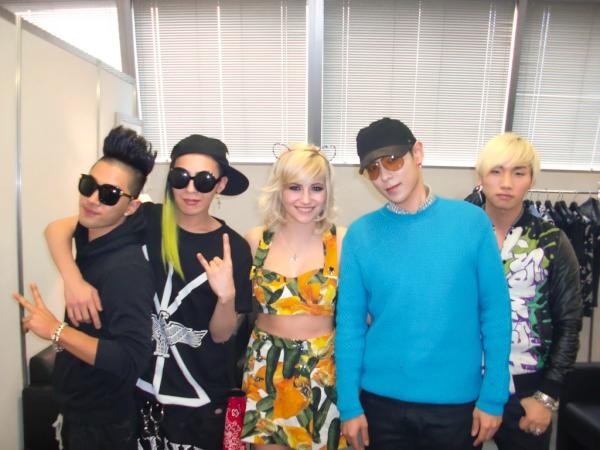 Last month, Pixie Lott‘s single ‘Dancing on my own‘ ft GD and TOP hit online and has since been gathering a lot of attention. In the song both GD and TOP sing completely in English.

On April 7, the English singer wrote on her twitter, “sooooo excited its happening! “Dancing On My Own” with GD & TOP will be released WORLDWIDE soon!”

She attached the picture below with the tweet, showing off her friendship with the BIGBANG boys (minus Seungri) in a floral number.

Siwon has always been updating his life to his fans via Twitter and often posted pictures on Twitter. Lately, his new obsession seem to be funny photo editing application! For the past 2 days he has been tweeting picture of himself and asking fans if they would still love him if he looked like this,

To this he got many responses one from 2PM member Nickhun saying ‘Yes, sir! I will still gonna continue to love you! ^ ^”

Check out the full article here to see the other picture Siwon Uploaded.

In the tweet he thanked his parents for giving birth to him! Happy Birthday Eunhyuk!

Check out the full spread here

Thats it for another week of Kpop!!

Make sure to stay tuned to kpopconcerts for all the latest!

Which Asian Artists Does Jessie J Want to Collaborate With?