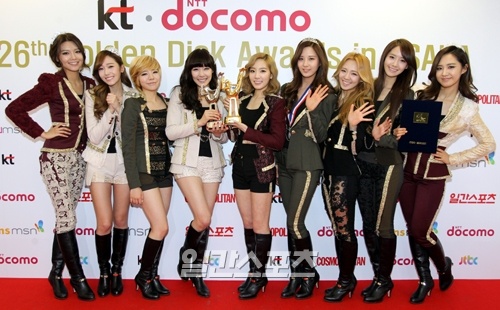 In today’s conclusion of the 2011 Golden Disk Awards, the nine sweethearts of asian pop music, Girl’s Generation, alias SNSD, collected a new Digital Bonsang to add to their growing collection of trophies. This was swiftly followed by the anticipated 2nd Digital Daesang award win of their career, for their most recent release, ‘The Boys’.

The girls lined the stage in stylish metallic, plum and black outfits, accessorised with diamanté tiaras, and spoke out to fanclub S♡NE on accepting the Golden Disks:

“Thank you to our fans, who love not only the track ‘The Boys’, but our 3rd album as a whole. We will, in the future, become a more hard-working Girl’s Generation.”

After gaining a Disk Bonsang in yesterday’s results, rock-pop group CN Blue triumphed in the categories of Best Asian Group, and Kodansha ViVi Award. They also joined SNSD and acts such as K.Will, G.NA, SISTAR, and 4Minute as Digital Bonsang. 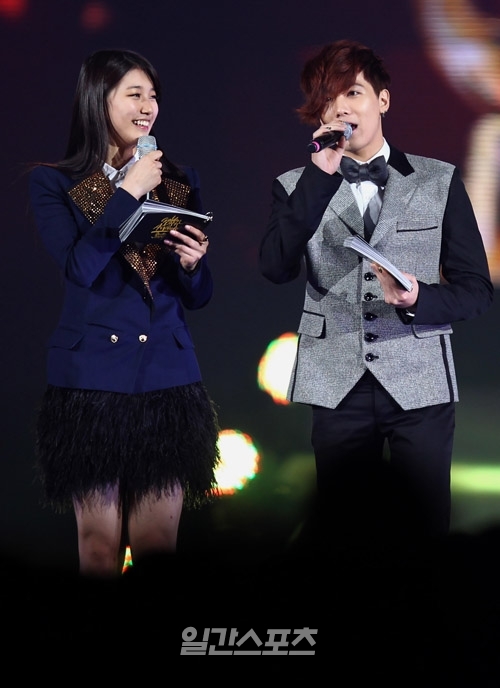 Also acting as MC for Day Two of the GDAs, frontman Lee Hong-ki’s musical talents were rewarded in the form of his band FT Island’s receipt of the Cosmopolitan ‘Fun and Fearless Musician’ Award, and even more impressive, Best Rock.

Meanwhile, the Award Ceremony itself continues to come under fire from fans and critics alike, who are calling it a ‘money-making scheme by way of the Hallyu wave’. This could partially be due to the fact that the award winners are decided at a time before the formal announcements, which some say makes it obsolete. This is unlike its counterpart, MAMA, which this year transformed itself into a performance-focused event, and was aired in 13 different countries.

SHINee's Minho filming for his sitcom