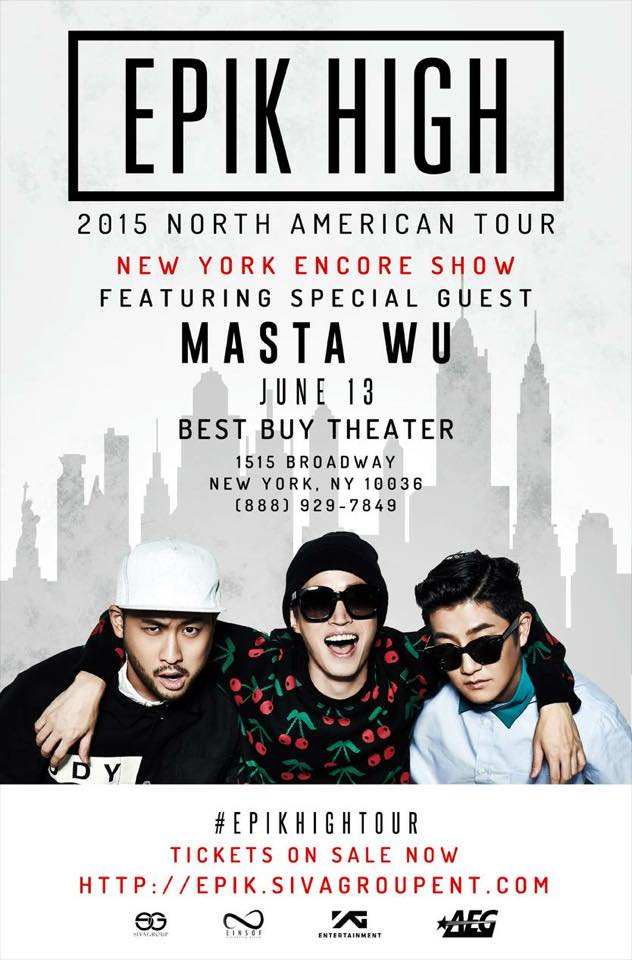 First, there have been additional dates added due to high demand from North American Epik High fans. There will be five more dates added, almost doubling the number of dates on the tour from six to eleven total stops. This marks the largest K-Pop concert tour series in North America since 2010. Initially, the added Seattle date and venue would take place at The Showbox, however, the Seattle show has been moved to Showbox SODO in order to accommodate a larger capacity.

The additional dates and venues added are as follows:

Secondly, another great addition added to the EPIK HIGH 2015 NORTH AMERICAN TOUR is Masta Wu being added as a special guest for the group’s encore performance on June 13th at the Best Buy Theater in New York City. Masta Wu has been working with YG Entertainment for fifteen years and is a highly respected rapper and producer in the Korean Hip-Hop community. Wu is also one of the judges on MNet’s “Show Me the Money 3” alongside Epik High’s leader Tablo.

Promoted exclusively by SIVA Group, the EPIK HIGH 2015 NORTH AMERICAN TOUR kicks off Saturday, May 28 at the Warfield Theatre in San Francisco, and will make stops in a number of major North American markets this summer. Below are all the confirmed dates and venues, as of now.