Kpopconcerts are happy to introduce our new section called ‘The weekly Round up‘ where we will be summarising the week’s top stories. 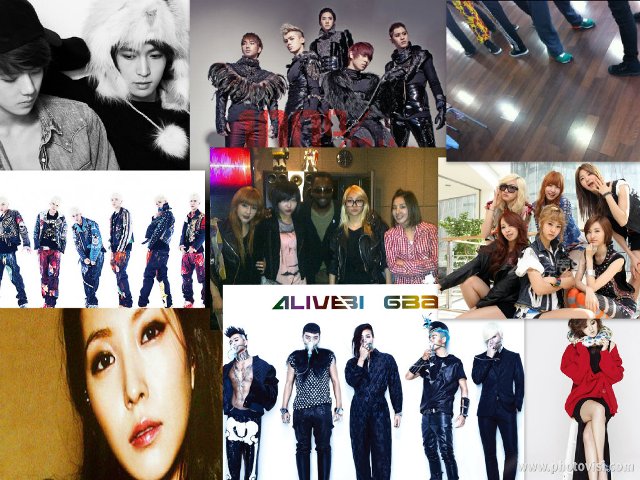 As usual Big Bang never do things small..so for their comeback they came back with a bang!! Their mini album was released on the 29th of February and has has already ranked in several trophies such as Youtube’s ‘Trending’ and ‘Most Popular’ Music Videos, iTunes’ no. 7 as well as achieving a perfect kill on most music sites such as Olleh Music.

Two MV’s have been released so Far, ‘Blue’ and ‘Bad Boy‘ and only hours ago they have released their MV teaser for their song ‘Fantastic Baby‘. When Blue was released it achieved 12 million views in a week!

Everyone is anticipating the rest of their comeback and news on their Alive World Tour of course!

JaeWon Shim, SMTown performance director/choreographer, uploaded the above picture with the caption, ‘With SHINee Again‘ onto his Facebook page.

Even though SHINEE have been promoting in Japan, fans have been speculating since the release of the picture over the boy’s comeback in March.

What do you guys thinks???

BoA is currently appearing as a judge on SBS’s popular variety program K-Pop Star. BoA, who is appearing on K-Pop Star representing her label SM Entertainment, is presenting a charisma which in no way pales in comparison to YG’s Yang Hyunsuk and JYP’s Park Jinyoung and is receiving the support of viewers.

During a spot on enews SM entertainment’s representitive confirmed that BoA will get a  lot of chances to meet her fans through promotions of her movie as well as a future album.

It is a well known fact amongst fans especially Blackjacks that American Singer/producer Will.I.Am has shown great interest in 2Ne1 for a few years producing numerous tracks for them.

Speculations of 2Ne1‘s full length English album grew further when a fan cam was taken at Club Answer in Seoul showing the girls playing a snippet of their upcoming song.

What do you guys think of the song? We think it sounds like a party starter!

During MBLAQ‘s a recording for music show Mnet, Leader SeungHo collapsed after performing their song ‘Run’. Run, Mblaq‘s second single from their comeback album has been known for its difficult choreography  with the boys even complaining how how tired they are via their twitters during practice.

SeungHo, was being kept under observation for a couple of days and since then has been resting in order to cover quickly.

We wish him a speedy recovery!

EXID performed a cover of B2ST‘s “Shock” on ‘M! Countdown‘ today. The new girl group showed of their own version of moves for B2ST‘s number 1 song.

One of the hottest rookie groups at the moment, B.A.P, has just revealed a new music video for their latest follow-up track, “Secret Love”, which features Secret’s Song Ji Eun. The song is ment as a gift for BABY’s all over the world and as a ‘thank you’ for the great support they have recieved during their debut.

The first boy group of Pledis Entertainment, NU’EST, have just released the first teaser for their debut single “Face”. The group’s music on their upcoming debut album is described as being urban-electro, and it has been said, that the group set a new style aside from the other two debuting groups of 2012, B.A.P and EXO.

And thats a wrap up of the top stories this week!!