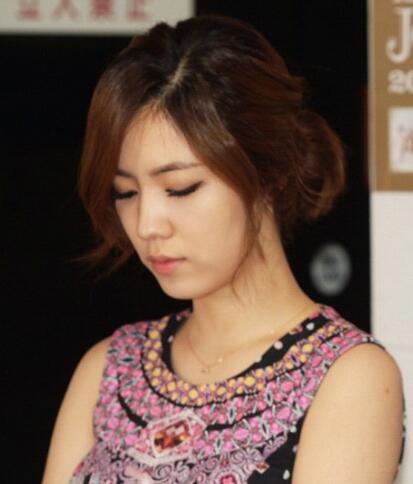 Shortly after Kim Kwang Soo made his statement about not wanting to ‘shed any more light’ on the situation, CCM revealed the to the press the ‘dark side’ of Hwayoung.

According to Core Contents Media T-ara was preparing for a performance on KBS’ Music Bank, but with only two performances to go Hwayoung suddenly decided that she didn’t want to perform on stage. They decided that because of her leg injury she would sit on a chair on stage for her rap to which they successfuly completed their camera rehearsal. However Hwayoung changed her mind and refused to go on stage. Hyomin and Eunjung were then pressed to learn Hwayoungs rap segment in the short time before they took to the stage. Clearly pressured by this Hyomin was nervous and ended up making a mistake.

After the performance Hwayoung threw down her crutches and sat on the floor, threatening to yell at the managers in public. It has been revealed that Hwayoung has shown both fans and reporters a similar side with unacceptable actions.

Kim Kwang Soo commented at the end of this report that: ‘We will not be revealing any more of Hwayoungs behaviours outside of the Music Bank incedent because we do want to protect her. I am also saddened by the words left on Hwayoungs twitter.’

However following this accusation an Industry representative spoke out against Kwang Soo’s words:
‘ CCM’s words are slightly different to what happened. Hwayoung did throw down her crutches and sit on the floor but before that she was crying in the hallway of the broadcast station, unable to get into the waiting room and other people, representatives and artists witnessed it.’

Seeing these articles fans commented saying things such as ‘Kim Kwang Soo did this on purpose, just like he did with Jiyeons live strip cam which he made appear and disappear, to show that he can end their career if they misbehave’ , ‘As Hwayoung said “Facts without truth”‘.

On November 6th 2011 a post titled ‘Being an outcast….Really is difficult and tiresome’ was uploaded on to an online community forum under the username SukRyu (Ryu is Hwayoungs last name) :

Hello. I’ve been contemplating whether I should post this or not, but have decided to write a few things…

The group im in is…a group everybody will know by just revealing the initial.

Im a new member in the group, so it has been very awkward and because im also very timid, im unable to approach them easily…thats one of the reasons im becoming an outcast.

The original members must have strongly opposed my addition to the group. Im basically treated as if im invisible at the dorm. But when the camera’s are rolling they would suddenly have their arms around my shoulders.

When we’re practicing…I really feel like im going to die. When I make a little mistake, i’d get criticised hearing things like ‘You cant even do this?’ and would get cursed at.

Even right now, im alone since they all went grocery shopping without me…They’ll be back in a few hours but i just want to forget about my singing career and leave.

However this is the path I decoded to take and im the one who chose to join so it’s hard to do so. I feel a lot better now i’ve written this.

It’s not only stories of Hwayoung being uncovered. More bullying reports surrounding the T-ara members surface again. An alleged former backup dancer for T-ara made a claim that Jiyeon slapped Hwayoung during a rehearsal at a time that their schedules were jam packed preparing for an end of year rehearsal.

She said everyone was ‘sensitive and on edge’ She then continued and said ‘Jiyeon and Soyeon scoffed at her for making a mistake and said “Since you already decided to join, you should maybe work a little harder.” Hwayoung became a bit depressed but the dance leader mediated the situation and the rehearsal resumed.

Hwayoung still maintained a sad expression on her face, Jiyeon who saw this slapped Hwayoung across the face and said that because she came late to the already established group, she needed to act sensibly and rehearse without that expression.

After that the atmosphere was intense so Hyomin took Jiyeon outside and told her to be the bigger person.’

The former back up dancer continued to say that ‘ Even after Hwayoungs ‘exposure’ incedent, everyone was indifferent to her, rather than comforting.’ Ending her statements she said ‘Seeing them on the small screen, I thought the relationship between Hwayoung and the girls was better. But these girls who are all grown dont want to sit by her in the car so they blatantly play rock, paper, scissors right infront of her face.’

Following these claims the leader of the dance teams denied that they were true.
Allegedly CCM traced the IP address and it was not one of a back up dancers.

Upset by the longevity of the issue Hyoyoung in an interview said ‘Im upset that the issue had to spread this far’ according to reporters she shed tears after speaking.
Her father also caught by the media only said ‘Im sorry’ After being asked what his thoughts were on his daughters controversy he replied ‘I don’t have anything in paticular to say. I’ll leave it as a no comment.’

Hwayoung again tweeted to her fans, this time an apology:
‘To my fans, you’ve loved me until now, and im sorry that i’ve only given you disappointment. Please stop now, and look forward to our more mature and improved selves in the future. I apologise for making you worry during this time. I also want to apologise to my CCM family. I’ll greet you with a better image next time.’

However fans all over the world pointed out that if the 1st letters of the message are read vertically the message ‘Only fans know’ Can be seen. 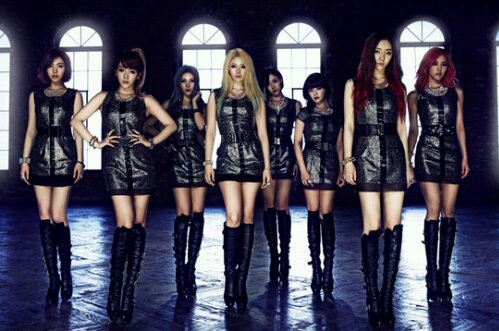 It seems the fans are very upset and confused at the situation, and T-ara are taking the hit from all of the scandal and anger from fans.

An SBS PD tweeted about the controversy ‘Aigoo Hwayoung ㅠㅠ this Oppa will no longer cast T-ara.‘ Some people were supportive of his statement, however some deemed it careless as a representative of SBS which caused him to apologise for his statement and said he ‘personally felt it was an unfortunate situation for Hwayoung to be in…’ and ensured people that it wasnt an official statement of SBS.

This isnt the only person turning away from T-ara, over 324,000 members and counting have joined T-Jinyo (We demand the truth from T-ara) and more than 71,000 people have signed a petition for T-ara’s disbandment.

Advertisers have also begun to pull T-ara from representing them. Tony Moly said that: ‘T-ara’s contract ends at the end of August. We were in the midst of negotiating a new contract but now that this controversy has happened we will not be signing them on again.’ Other fans have actually visited the stores to boycott T-ara causing stores to take down T-ara posters from the walls.

Eunjung has also been pulled from Daewoo Securities as it’s solo representative. However drama ‘Five Fingers’ wont be removing Eunjung from her role.

T-ara has also postponed their concert as many fans returned their tickets. CCM stated ‘We dont think we can show our bright, happy, lively images on stage, we don’t think the audience will like to see us like this either’
And their performance at K-pop Yeosu was cancelled. Eunjung being the only member to speak up said through her me2day ‘Thank you so much… and im sorry.’

With T-ara disappearing from the media and recieving so much negativity, do you think they can pull back from this? Do you want them to? Tell us your opinion!

Hello! My name is Deanna! I'm Seventeen years old and I speak level 2 Korean :) I'm a College student and dance teacher at the London K-pop Dance Workshop in London (and a dancer in general) ^-^

D-Unit reveals their MV for Im Missin' You