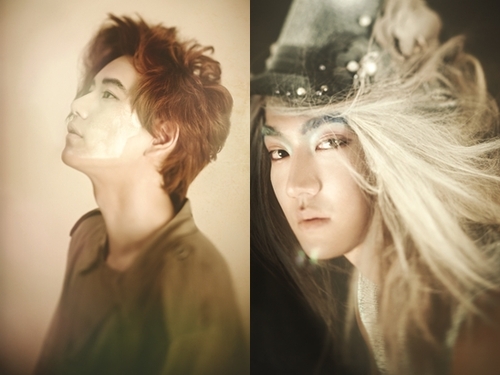 Kyuhyun’s, as well as Siwon’s, teaser pictures for Super Junior’s 6th album were released a few minutes ago; they are the last of the teasers being revealed. SM Entertainment disclosed to the public that the album will be entitled ‘Sexy, Free & Single’.

Every teaser has been focused around nature and beauty since the concept is ‘beautiful man’. Kyuhyun’s teaser is classy showing the member with subtle amounts of make-ups and simple clothing. However, Siwon’s teaser is much more elaborate due to his feathered hat, decorated with various things. Siwon’s make-up is much more noticeable and his stare gives a strong feeling to the viewer. It seems the teasers also contrast with one another such as when Yesung’s teaser had the appearance Earth and life but Shindong’s was cold and frosty.

And be prepared for Super Junior’s comeback on July 1st. ELFs around the world are ecstatic!
Be sure to like our facebook page, also!