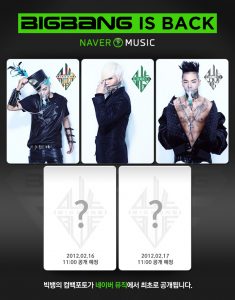 Taeyang’s comeback picture was due to be released on February 15 in Korea, Naver Music uploaded the photo before YG Entertainment’s official blog, YG Life.

It seems that the image was accidentally posted on Naver Music without the intention of leaking the photo. The image was not visible yet, but fans managed to figure out that changing the last number in the URL from 4 to 5, Taeyang’s image was accessed.

The picture has since been taken down, but not before fans were able to save the image.