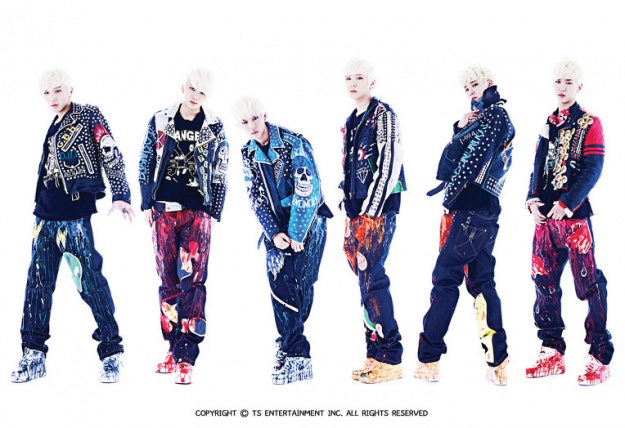 Since their debut rookie boy band group B.A.P have taken not only the music world by store but have surely stolen a numerous  hearts during the process.

Pre-debut (January the 8th) the group actually released a reality TV show called ‘Ta-Dah! It’s B.A.P’ on MTV Korea. Unlike other reality shows Tadah! It’s B.A.P kicks starts episode 1 with all 6 members as terrestrial beings joining forces to conquer the world. Through the show, each of the boys gets to showcase his character with Bang Yong Guk showing off his aggressive leader character, Zelo showing his adorable cute character, Ulzzag Hichum showing his drum skills and Yeong Jae showing his witty and smart comments earning him the nickname’ Brain’.

The Reality show is due to air in 8 different countries through MTV Korea. Even though only 4 fun filled episodes have aired it is hard not to fall in love with B.A.P due to the boy’s charms and characters. It you are a fan or even are curious about what the boys from B.A.P are like watch the show to find out.

Check out the first episode below,