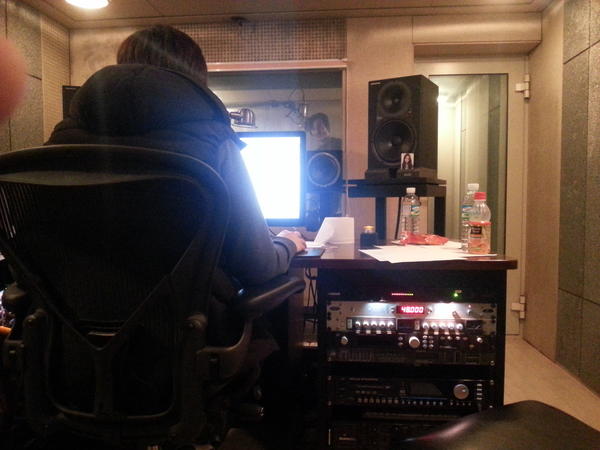 Peter, member of the K-POP trio One Way, has spent several hours of the past two days working with the SJ-M members at SM Entertainment’s studio. He has tweeted numerous posts regarding the group and uploaded a picture of himself working diligently on the members’ recordings.

In one of his tweets, Peter stated “all day ive been hearing ‘썅’ not the Korean curse word but ‘Xiang’ lol.” the Mandarin term “Xiang” roughly translates to “Miss” giving the fans a hint of the upcoming song.

Super Junior M’s Henry has recently surfaced back on the music scene with Younique’s song “Maxstep,” a group with another SJ-M member, Eunhyuk.

Along with SJ-M’s upcoming single, a follower asked Peter whether Eunhyuk and Donghae’s new song will be similar to “Oppa Oppa,” to which Peter replied, “like no other^^.”

If you haven’t heard of One Way before, they are a R&B/Hip Hop K-POP trio that debuted in 2010.  Check out their single “Magic” from their debut album titled “One Way Street” (Donghae had tweeted a picture with One Way’s Chance and Peter to support their album before.)  They also have a song titled “Rainy Days” that featured 2PM’s Junsu.