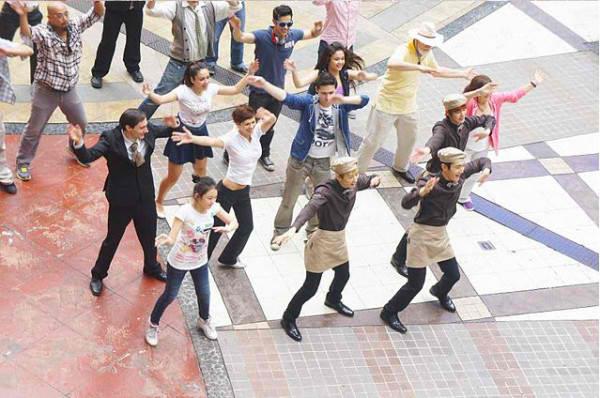 On 2nd January, Super Junior members Si Won, Kyu Hyun and Eunhyuk flew over to the Philippines for a 24 hour stay to shoot aCF for Kyochen Fried Chicken restaurant.

Not only did the fans gave the members a warm welcome at airport, they also followed them to the various shooting locations.

Things were said to be calm at first but member Si Won made the mistake of tweeting the location that they were at at which caused hundreds of fans to gather at Orchard Road Metro Manila Quezon City. This unexpected turn up got the security guards off guard and they could not control the crowd easily.

This lead to the shooting being cancelled at one location as the crowd as simply uncontrollable. To this, Si Won replied by saying “Sorry because of us your shooting got canceled“. But the members did thank their fans through twitter for showing them so much support.

A Pink released dance version of My My