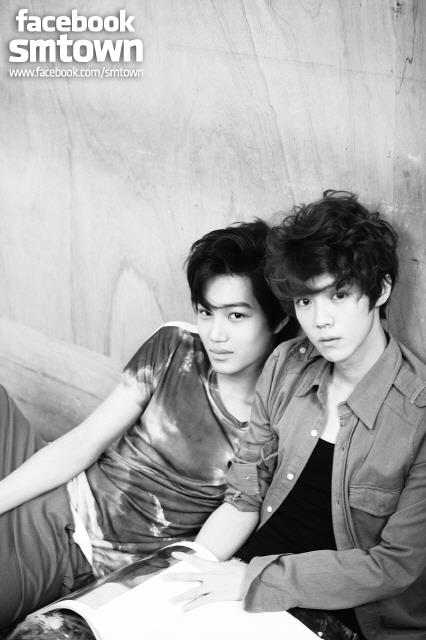 After releasing the last EXO teaser nearly a week ago, which was a one take version of the first teaser, SM has finally revealed another teaser for their upcoming boy bands EXO-K and EXO-M.
This teaser featuerd a song called Machine by EXO and also featured some powerful dancing from Kai. It has a different feel when compared to the previous 4 teasers. The video description said this “For EXO Teaser 5, member of EXO, KAI presents powerful and virile performance! The teaser shows great visual effects by producing the video with white, silver and black colors! More teasers will be released soon, so stay tuned!!!“

Kai is known for his outstanding dance skills and it has been said the his dance skills include various genres such as ballet, jazz, hip-hop, popping and locking. Kai certainly impressed nearly everyone with his dance abilities in the previous teasers and also during the performance with SHINee’s Tae Min and Super Junior’s Eun Hyuk at SBS’s Gayo Daejun 2011. Due to this people were looking forward to another charming and impressive performance in this new teaser.

[ad#GA-468-IMG-Runa] Some fans were disappointed as they wished to see the other members from the bands and some do seem to be getting tired of watching Kai’s dancing: “Erm, why so many teasers of kai? i want lu han and tao too!” But some just cannot wait for the debut and were very impressed by the teaser. Comments included such one as “Their music﻿ actually sounds really unique and interesting. Can’t wait :3” and “SNSD brings the boys out while EXO brings the beat back XD”

A Pink released dance version of My My