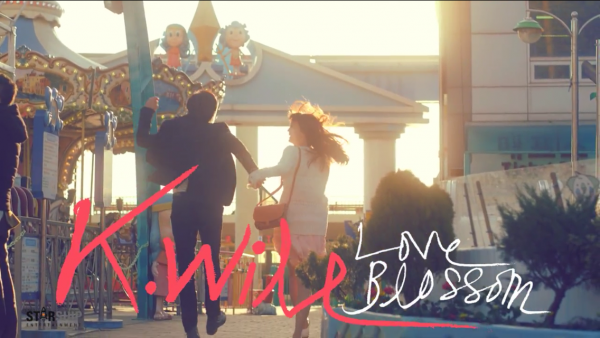 K.Will‘s back and ready to melt fans’ hearts once again!

The music video is a romantic comedy that portrays Sistar‘s Dasom and Infinite‘s L‘s unexpected date at a carnival. L plays the role of an assistant accompanying his businessmen to the carnival as they “inspect” the rides while Dasom enters the carnival grounds and wanders around by herself. Thanks to K.Will‘s role an inattentive ride operator, L is able to get away from his group, leading to the dramatic “love at first sight” upon running into Dasom. The video was filmed by Director Song Won Young, who is known for his creating videos with high artistic quality.

“Love Blossom” is described as “The urban soul genre title track features a funky mid-tempo beat around a piano-strings melody.” The song was produced by Kim Do Hoon, Duble Sidekick, Primary and The name. The former had also worked on numerous of K.Will‘s songs such as “Dropping the Tears“, “My Heart is Beating“, “I Need You“, and “Please Don’t…“.

“Love Blossom” will be the title track off K.Will‘s latest album, The Third Album Part 2, which was also released today! The track list is as follows:

What do you guys think? Check out the music video below!