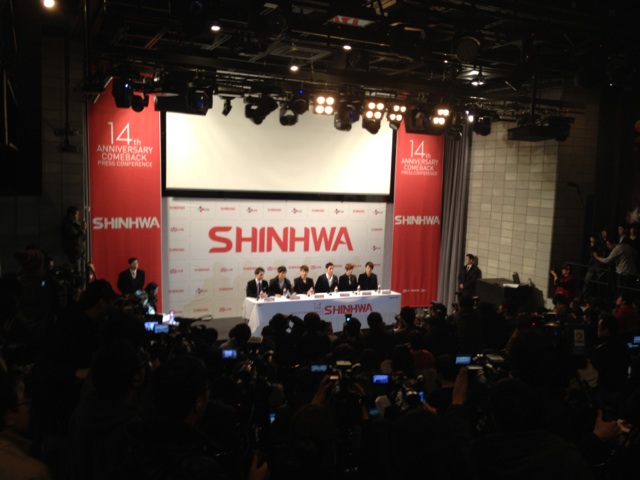 Last week Mnet were promoting the streaming of Shinhwa’s live press conference to fans around the world. After a four year hiatus due to various reasons, Shinhwa made their first public appearance at the CGV theater in Cheongdamdong, Seoul.

Shinhwa are scheduled to perform at Seoul’s Olympic Park on March 24th and 25th to celebrate their comeback and their 14th anniversary, making them one of the longest running kpop bands. Even after their four year hiatus, tickets for their comeback concert were sold out in 40 minutes.

The stream from the live press conference took place earlier on today.