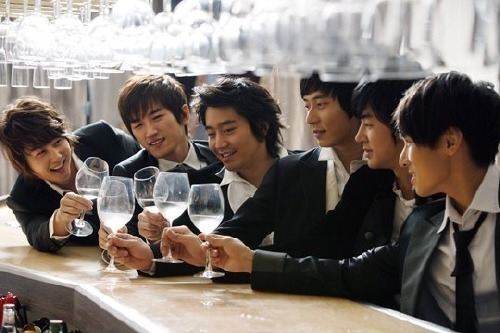 According to reports from an official spokesperson for Shinhwa said that their comeback is in on track without any problems and scheduled for March.

Shinhwa’s spokesperson, on November 18, said, “Shinhwa members are coming back one by one after completing their military service. There’s no problem with coming back on March 14 next year.”

Also adding that, “In addition to Shinhwa’s new album, they are also planning for an Asian tour. They have already arranged details and are making steady progress as planned, so there’s no problem at all.”

They also squashed rumours that there has recently been disharmony among Shinhwa members.

The spokesperson said in response to these rumours that, “All members can have different opinions while working together and they can get united by reconciling the different opinions. I suppose there were minor differences of opinion among the members in the communication process. They have been working together for more than 10 years, so they all have strong wills to come back to the music scene.”

Shinhwa are scheduled to start promotional activities in March and to once again show their talent as the father of idol groups in Korea. Shinhwa members are now into their 30’s so people are once again drawing attention to this new chapter in their career.

Their first album was “The Troubleshooter”, in 1998. Shinhwa won an award in the 23rd Golden Disc Award in 2008, the Overseas Audience Award in Mnet KM Music Festival in 2007, and the Best Asian Artist in the 21st Japan Golden Disc Award.

Amongst their many achievements they also founded Shinhwa Company in August last year with Eric as its CEO.